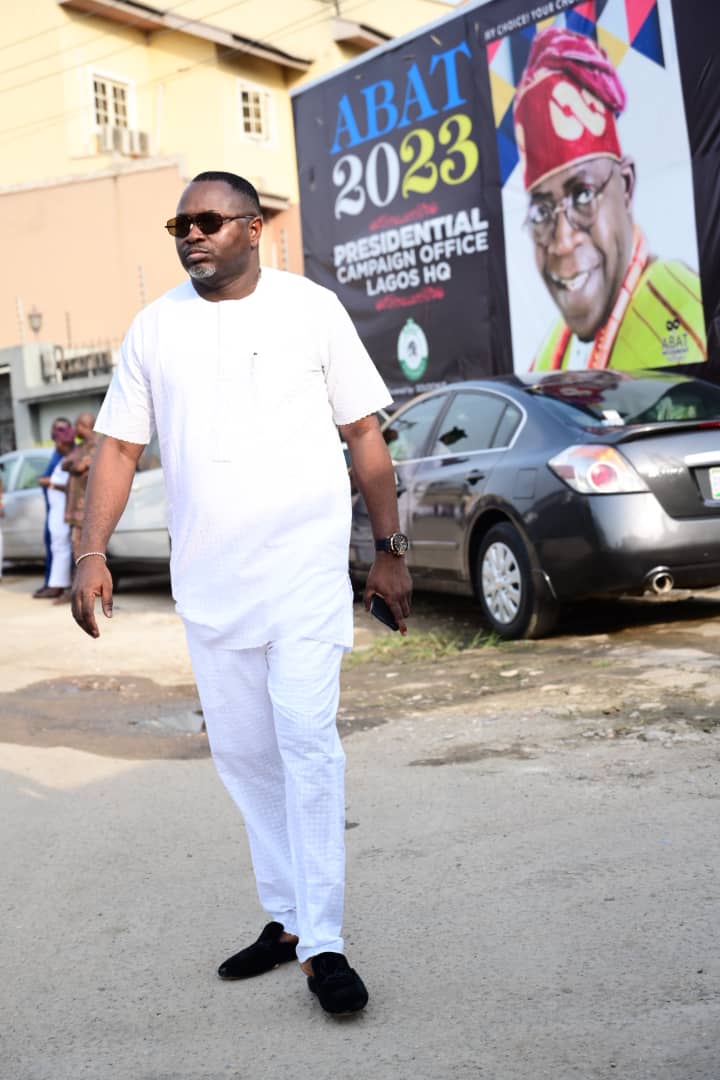 Tinubu said the purpose of his visit was to declare his intention and seek prayer from the traditional rulers and support from the good people of Oyo state.

He also said; “The Alafin Oyo has contributed immensely to the peaceful atmosphere in the state development and the love radiating within the political arena in the state.”

I want to say thank God that Ibadan had been peaceful and not ‘a den of violence. “Every other thing that has happened has taught us to be united, he urged the Ibadan let support Asiwaju.

Tinubu also commended Alafin for receiving him in spite of the short notice given for the visit saying that was rare.

He used the medium to assume Nigerians, that he would rewrite the history of Nigeria.

Oloyede said he joined other well meaning Nigerians at the Alafin’s palace to canvasse support for the Asiwaju Tinubu Presidency.

The Oshodi-Isolo council chairman reaffirm his decision to mobilise people for the actualisation of Asiwaju Tinubu.