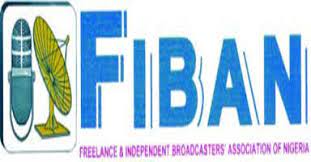 The State Chairman of Freelance and Independent Broadcasters Association of Nigeria, Com ‘Seun Awodele has condemned the reported early Sunday morning killings at Igangan area of Ibarapaland of Oyo State where unharmed residents were killed in their homes.

According to the statement released through his media aide where he described the incident as disheartening, discouraging and devastating. He thereby charge the government to do the needful by ensuring prompt investigation into the matter. He also charge all bonafide members of FIBAN to ensure they preach peace through theirs various contents on radio and television across the state.

“It is disheartening, discouraging, devastating and shocking to read that good citizens of Oyo State were killed in their homes, we hereby call for prompt investigation into the killings and charge the security operatives to unveil the perpetrators behind the Igangan massacre. As mouthpiece of the masses , we cannot sit on the fence when innocent and unharmed civil citizens are being killed in their homes.

He further charged residents of the state to stay calm and remain peaceful while we await the state government to do the needful.

Oyetola To Aregbesola: We’re Proud Of You, You Performed Well As Gov, You’re Doing Well As Minister; Those Calling For Nigeria Break-up Ignorant, Says Aregbe