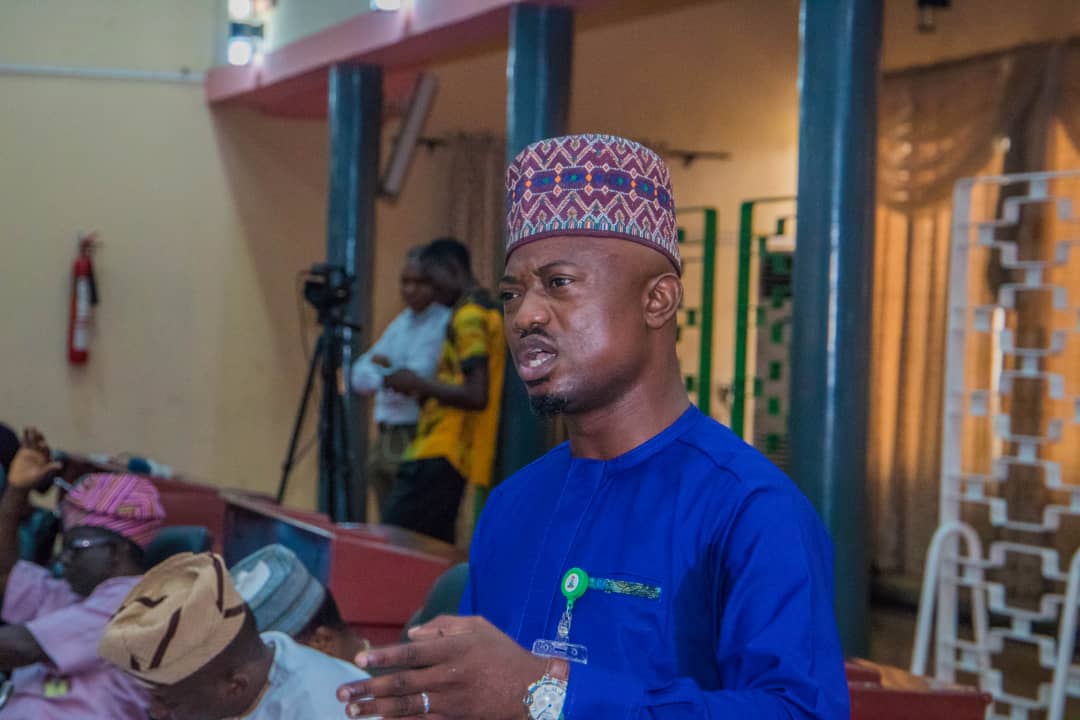 The lawmaker representing Ibadan North constituency II at the Oyo State house of assembly, Honourable Adebayo Babajide has called on Oyo State Water Corporation, and other concerned authorities to avoid leaving roads unfixed after carrying out repairs on water pipes in the ongoing water restoration project in the State.

While moving a motion on the urgent attention during the Tuesday plenary in Ibadan, Babajide noted that roads been dug by deployed workers on the on going water projects across the state are often left unfixed to its motorable state.

According to him, failure on the part of the contractors handling the water pipes restoration to make efforts in repairing the damages caused on the roads continually pose risk to motorists and putting the government at another possible unwarranted expenses if the roads later lose shape completely.

He said, “our roads today are left damage due to the on going water projects across the state. The workers deployed to duty by the contractors have left the roads in our in a state of comatose, they dig the road in laying or repairing the water pipes and left the roads without repairing it.

“I have gone through my constituency and the state of the roads are so pathetic, and when I drove through town it was the same issue around. The road cost the state a lot of money to put in place, and I think the contractors should know that it is compulsory that they repair the roads after they have finish with their work.

“Restoring on portable water by the government for our people is a commendable decision and we appreciate it, however, we should replace good road with another needed infrastructure like drink water.

“We are in the rainy season and the opening and digging done on these roads are getting bigger and putting the roads in a critical state, motorists are at risk of accidents and these damages will also cost the government unwarranted expenses.”

Suggesting solutions on the floor of the house, Babajide made an appeal for the contractors handling the project to be summoned to the house and explain why it has failed to put the affected roads to its original state.

“Let the ministry of works and Oyo State Road Maintenance Agency (OYSTROMA) be also summoned on why the roads are left unattended to.

“The house should also mandate the ministry of works to compel it contractors to put the roads back to shape in other subsequence project, and roads should be immediately repair so as to avoid it being damaged totally,” he added.