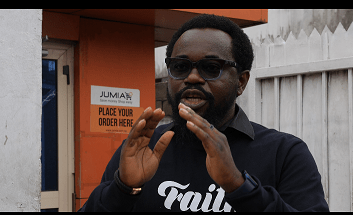 But these activities fastly becoming a daily routine were scarce and far a few years ago. Investment in logistics was not this lucrative especially for startups. The logistics boom of today was a result of logistics network investment by major industry players like Jumia, which opened up the market for startups entrepreneurs in the industry.

As recalled by Segun Babs, Founder of Fairytrips Limited, turnover at his logistics hub in the early years left him doubting his decision to venture into the sector. “We started as a ticketing company; we were supposed to be a flight company till we moved into logistics. As of 2018, was the investment worth it? Absolutely no. We started and we had roughly about 400 packages being delivered in a month.

And time after time, I will question my decision to start a business like this. I remember vividly at a time, I could barely pay salaries. I had to ask my wife to join in the business to just manage things. But I kept on believing that one day this was going to pay off,” he said.

Today, the investment by Babs has paid off. The partnership with Jumia, as one of the platform’s delivery hubs has led to growth and expansion of the business. Benefiting from Jumia’s sales reach and brand campaigns, Babs’ company has also provided more employment opportunities directly and indirectly. “In 2018, I decided to give Jumia a try by opening a hub with Jumia. Has it paid off? Definitely yes. As of July this year, we did 14,000 packages. This was coming from a period of 40 packages that went even down to 14 packages.

“As regards staff strength, we’ve moved from two guys in 2018 to ten staff. There are times we have to bring in our 3PL partners to support during tier one events where we have to bring in five more guys to be able to push out items on time and deliver on time. We started with one hub in one corner. Today we have two hubs; one in Lagos and another in Ibadan. I have moved from one bike to ten bikes and we have two vans. As of last week, we moved to order more vans from America to support this expansion.”

The story of Fairytrips Limited is one of many other enterprises benefiting from the reach of e-commerce players like Jumia and Konga in all the regions of the country.

In 2020, Jumia further deepened its impact in the industry by opening up its logistics network to third party businesses. The latest report by Jumia showed that the move is experiencing very strong momentum with a record 1.3 million packages delivered in the second quarter of 2021 compared to half a million packages in the full year 2020, on behalf of over 300 clients.