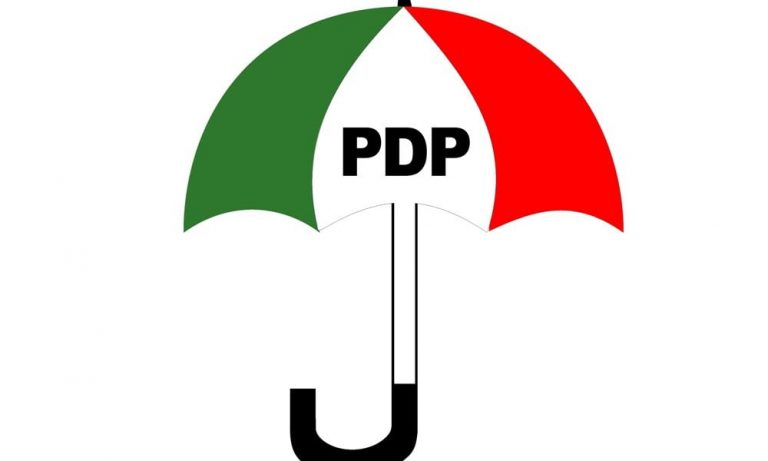 The arrangement by the South-East stakeholders of the Peoples Democratic Party (PDP) to produce a consensus candidate for the position of national secretary in the forthcoming national convention has suffered a setback.

Two aspirants from the zone, Sen. Samuel Anyanwu from Imo and Okey Muo-Aroh from Anambra, are now battling for the position.

They have also submitted their nomination and expression forms.

Anyanwu, speaking to newsmen shortly after submitting his nomination and expression of interest forms, said his candidacy was unanimously endorsed by the South-East leaders of the party.

He disputed the claim that he was imposed on the zone as a consensus candidate, saying he could never be imposed by anybody as he described himself as “a moving machine for the party“.

“I have always won elections in Imo. In the South East- Anambra, Enugu, Imo, Abia and Ebonyi, there is no leader that does not know who I am.

“I am a very humble person, I am very humane and of course a pure and true loyal party member that everybody wants to listen to. There is no problem in the South-East,” he said.

If elected, he promised to reconcile aggrieved PDP members in the zone, as well bring back those who had left the party, to boost PDP chances in the 2023 general elections.

Anyanwu said that the South-East zone was traditionally a PDP zone, adding that all would be done to bring back all states in the zone to the fold in 2023.

“We will go for total reconciliation. We are going to do a forensic audit to know why there were disaffections and we will bring everybody on board to make sure that there is unity in the party,” Anyanwu said.

He said that the secretary was early micro-zoned to Anambra and auditor to Imo, only for them to be called for a meeting in Enugu State where Governors Ifeanyi Ugwuanyi of Enugu State and Okezie Ikpeazu of Abia were in attendance.

He said it was at the meeting that Ikpeazu said that the position of secretary had been zoned to Imo and Anyanwu emerged as endorsed candidate.

He said that if the party leaders in the zone meant well for PDP it would have done proper consultations, instead of imposing a candidate on the people.

“On that basis, the people of Anambra totally reject that so-called arrangement.

“As I said, politics is about negotiations and compromises. Our people are ready to sit down at the round-table and discuss these problems.

“We are members of the PDP. We cannot run away from this party. No amount of shenanigans, no threat, no impunity can push somebody like me away from PDP because I have been there,” Muo-Aroh said

Muo-Aroh said that he believed that the PDP national chairman consensus candidate from the North, Sen. Iyorcha Ayu would not be a party to any type of impunity.

He said if elected, he would bring to bear his wealth of experience as an administrator and a lawyer to assist the party to stabilise and win elections.

NAN reported that also at the party secretariat to submit their nomination forms were Amb. Umar Damagun for Deputy National Chairman (North) and Hon. Adam Kamali for Financial Secretary.

Damagum, who said he was the North-East endorsed consensus candidate for the position, pledged to work for a united PDP, especially in the North in order for the party to win the presidency in 2023.

“Ours is to galvanise our supporters and drive reconciliation to the highest level so that we come out much stronger before 2023 general elections. That will be my focus.

“Being knowledgeable about the North, being a participant in this party since inception, I know the gladiators in all the northern states.

“I have the capacity to reach out to them, persuade those that I am supposed to, even to those that have left PDP to come back because the party now has a new life,” Damagum said.