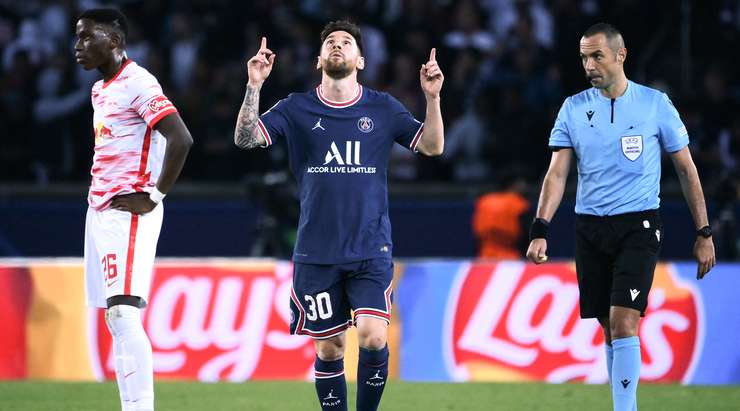 Lionel Messi scored a brace to on Tuesday as PSG fought back to beat RB Leipzig 3-2 in Paris to top Group A of the Champions league.

Kylian Mbappe had given PSG the lead on nine minutes, as he dribbled into the box and drilled a low shot into the bottom left corner.

Leipzig drew level on 28 minutes after Angelino fed Andre Silva inside the box, who was unmarked and he buried the ball in the right side of the net.

The visitors took a shock lead on 57 minutes as Angelino put a cross into the box which found Nordi Mukiele. He latched on to it and struck the ball into the top left corner.

Messi equalised 10 minutes later for PSG. A rebound wrong-footed everyone except Messi and he slammed the ball into the open net from close range.

The Argentine got the winner for PSG from the penalty spot after Mbappe was brought down.

Messi took a real chance, but his penalty struck right into the middle of the net fooled Peter Gulacsi in goal.