Re: Lagos State Government Set to Release List of Supers and SLG for LG & LCDA , A Litmus Test For Oshodi Taliban Government
Advertisement 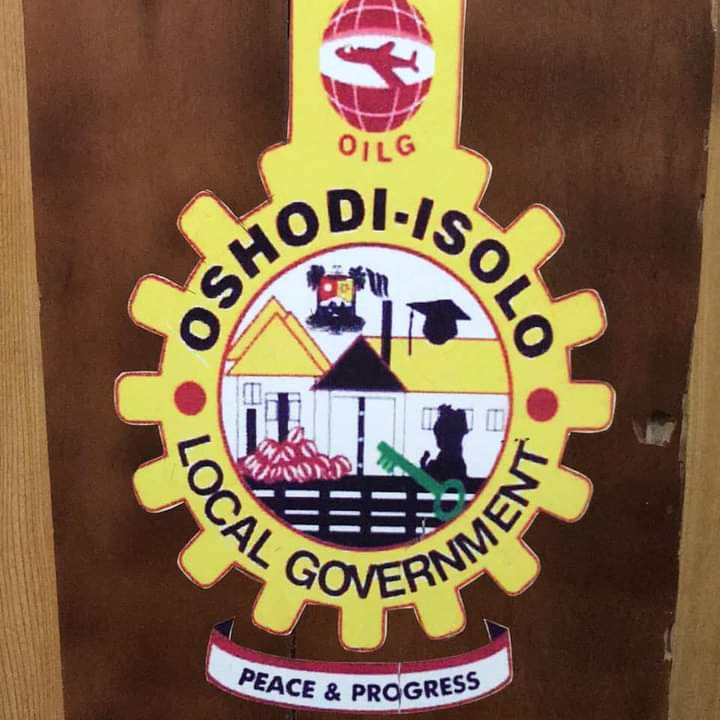 “An already drown man will always look for who to go down with him”. This quote can best describe the malicious write-up put forward by a faceless individual claiming to be a political onlooker in Oshodi.

The handwriting is clear on the wall and we know where the purported lies emanated from.

The frantic efforts at maligning the soaring image of the executive chairman of Oshodi Isolo Local Government is evident and well noted. It should however be stated that such efforts had failed woefully in the past, it will fail again.

As a resident of Oshodi, everyone is aware that Otunba Kehinde Oloyede is a man of means that will not disturb himself over weightless sycophants that are seeking attention and cheap popularity, moreso now that he has enormous responsibility of transforming Oshodi on his shoulders, but there is need to set the record straight for the sake of posterity and for well meaning Oshodi people to get the fact straight.

Kendoo, as he is popularly called, has brought in new ways of thinking, new ways of getting things done seamlessly and this has been giving his political enemies sleepless nights as what they expect is a total shift from what it is now. Otunba Kehinde Oloyede contested, amassed 27,000 votes as against paltry 8,000 votes that was recorded in the last LG election, this is enough to cause the incessant headache.

The election that produced him had been adjudged free, transparent and rancor-free both from Oshodi residents and outsiders. How he was able to galvanize, harmonize, and unify all the candidates is still a mystery to many. He was however able to achieve all these through his pragmatic, foresightedness and proactive nature

Being a man of peace and a complete party man, he was the vanguard of peace, oneness and brotherliness before, during and after the elections. He reached out to all so as to have a united front. His gentility is however now been tested by the likes of the writer of this write-up and their pay masters.

This has been the tasks infront of kendoo and he has been racking his head around it. The major concern of Otunba Kehinde Oloyede’s administration is how to liberate the infrastructural deficit occasioned by the total neglect of the previous administration.

The 7years of Hon. Ariyo’s administration was a complete disaster and to crown it all, he left #20,000 in the coffers of the local government upon his departure and an avalanche of litigation. It is obvious Hon. Ariyo is just coming to the realization that he’s no longer in power and he has been fighting hard to remain relevant in the Oshodi political arena.

Otunba Kehinde Oloyede has introduced politics of inclusiveness, and since these unscrupulous elements are not known for that, they are kicking hard and throwing tantrums like a kid that they are.

On the just concluded LG ward excos, all the caucuses were duly represented and due process of collection of forms and ratification was done. To the ulter surprise of the party leaders however, Hon. Ariyo and his cohorts went behind and alter the wishes of the vast majority of Oshodi APC members. The question of how people that were not ratified by the party hierarchies, who did not fill a single form, have their names appear on a list is still surprising. Their rush and selfish moves only show their level of stupidity because in ward E2,( Ewu) for instance, a name (Wale Salako) appeared 3 times on the list. A man (Bankole Taiwo) was also used as a woman leader in D2 (Afariogun), also, an abled bodied man was used as a representative of disable. The minority may have their say but the majority will always have their way. It’s high time they realized that they are now in minority and stop acting like a spoilt kid.

Otunba Kehinde, being a loyal party man will never drag the name of Alh. Balogun and Hon. Tayo Ayinde in the mud unlike Hon. Ariyo that is bent on desecrating their good names because for his selfish interest. Within one month of Kendoo’s administration, residents are beginning to see positive moves due to good working synergy between the Chairman and other elected officials unlike Hon. Ariyo that believed he was an island unto himself. Across the wards, contractors have identified areas where solar panel boreholes will be dug. The Chairman also promised to construct 20 roads within his 1st 100 days in office and some contractors are noticed to be on site e.g Ogunlaja link road, Dosunmu street, etc. Also, within 30 days in office, he gave out GCE forms and also empowered numerous widows and elderly with cash gifts and food items.

However, we are appealing for more from the chairman due to his promises. For instance, Olori street in Shogunle is in deplorable state, Diran Alake street in Ewu, Ajishegri street, Daudu street, Hassan street, and host of others also need urgent attention. We understand the paucity of fund but the available resources should be used judiciously and write his name on gold unlike his immediate predecessor,who can’t walk freely in Oshodi again.