RE: State Government on the Plight of Lagos State Contributory Retirees and Pensioners
Advertisement 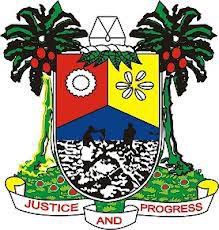 The administration of Mr. Governor Babajide Sanwo-olu is one poised to set a new record in the payment of accrued rights to its retirees as well as timely and prompt monthly pension contribution of over 100,000 state employees.

This fact is known and well established as there is no state of the Federation with such accomplishment. Since the commencement of this administration in 2019, a total number of 9,128 retirees have been paid an accrued rights of over N34 Billion. It is worthy to note that accrued rights of a minimum of N1 billion monthly is also paid to the State retirees’ Retirement Savings Accounts (RSAs). N1.5 billion was paid into the RSAs of 421 State retirees on 3rd December 2021. The status report on the Contributory Pension Scheme, quarterly published by the National Pension Commission affirms that the State’s pension board is well structured and level of implementation of the Scheme is above average. The State operates a structured payment method in clearing its pension obligation and as such, no one is required to disrupt the system.

Mr. Governor’s administration is one keen on ensuring that retirees have access to their Retirement Savings Accounts (RSA) as soon as they retiree as the government is positioned to clear all pension obligations.

Mr. Governor Babajide Olusola Sanwo-Olu is a passionate man who operates an open door policy and prioritizes the welfare of the state’s senior citizens. His effort was recognized by the National Union of Pensioners who conferred the award of “Excellence and Greater Commitment to Pensioners’ Welfare”, on him at its 11th Quadrennial National Delegates Conference held at NAF Conference Centre, Abuja recently.

The National Union of Pensioners (NUP) is the only recognized association by law and the Government regularly updates the union on the various programs been undertaken by the state in ensuring that retirement is gratifying for its members.

However, it has been brought to our attention of the several antics in the newspapers and social media of a group called Association of Retirees and PFA Pensioners, this group is not recognized by the State Government and they do not have the legal right to represent the retirees and due to past antecedents, they should be discouraged in acting in such capacity. It was set-up by a retired teacher in the State, one Mr. Michael Omisande and whose accrued benefits have been paid over two (2) years ago without any intervention by another one. His antecedents in misleading unsuspecting retirees is renowned

Lagos State Pension Commission (LASPEC), the State’s Agency responsible for pension administration matters had previously reported this group to the Police in 2019 after which Mr. Omisande and his executives were summoned to appear at the State Criminal Investigation Department (SCID) on issues bordering on forcefully obtaining money from unsuspecting retirees with the promise of facilitating the payment of their accrued rights and the group signed a commitment to desist from such act.

Why Informal Retailers Should ‘Shop Alerzo”  This Yuletide