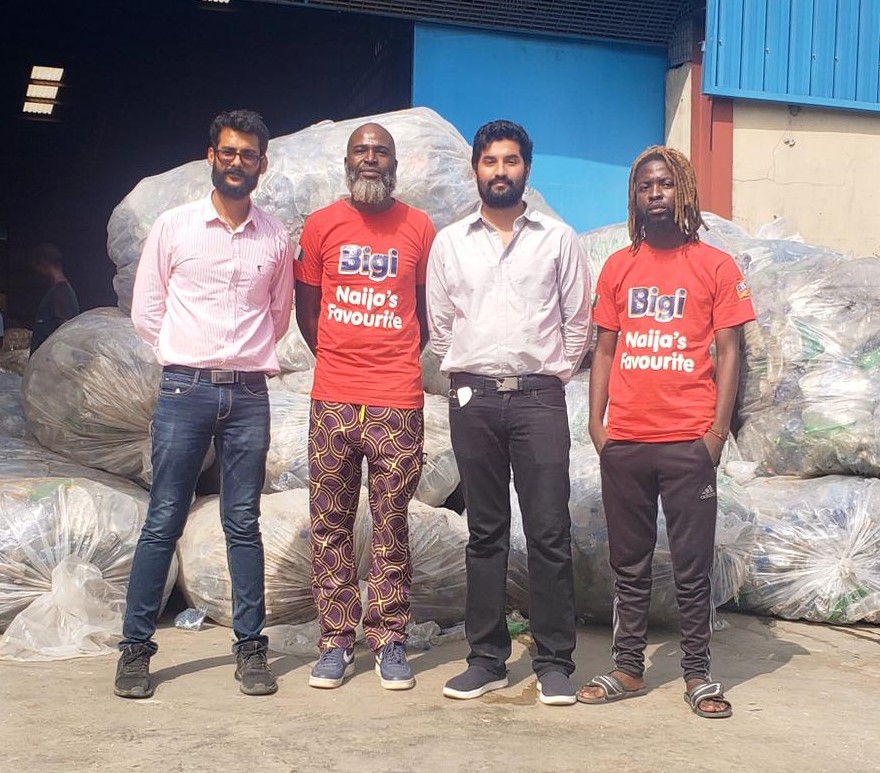 Rite Foods, a Truly World-Class company and market leader in the food and beverage sector of the Nigerian economy, has thrown its weight behind the environmental conservation initiative of Popbeachclub’s “riteonthebeach” which promotes the collection of ocean plastics on beaches for recycling with the proceeds as scholarships to children in the communities.

The social enterprise initiative by Popbeachclub sets up recycling ecosystems in coastal communities that lack disposal infrastructure and have high rates of pollution coupled with poverty and trains the youths in the beach communities in green jobs, environmental services, tourism as well as entrepreneurship to work in jobs created on the island and other coastal areas of Lagos.

The project which is also intended at riding Nigerian beaches of plastic waste that adversely affects aquatic lives, marine activities as well as a healthy environment, was embarked upon at the Ilashe beach in Lagos, where over a ton of plastics was recovered for recycling, in partnership with Omnik Limited Polyethylene converters.

Commenting on the sponsorship of the “riteonthebeach” scheme, Rite Foods Managing Director, Mr. Seleem Adegunwa, stated that the award-winning company in the industry it operates would continue in its giant stride to support worthy platforms aimed at ensuring the well-being of Nigerians as demonstrated in the Popbeachclub Scholarship Programme for children in beach communities. This, he said, would increase literacy and empowerment through employment.

“Our support, I believe would help in sensitising the inhabitants of Ilashe on the importance of having a clean environment, creating jobs, supporting grassroots education and economic growth in communities around the shores of Lagos,” Adegunwa affirmed.

On his part, the Founder of the Lagos Eco-Resort, Popbeachclub, Akin Disu, remarked that 1,500,000 plastics were collected at the recent Ilashe Beach Clean-up for recycling with Omnik Limited and that the gains would be used as scholarship for 1,800 children as well as12,000 community impact.

Commending Rite Foods for its weight behind the project, like last year when 30 children were trained in Ilashe community, Disu avowed “the company’s immense support has given him the willpower to do this because they underwrite the risks involved and makes the initiative easy for execution.”

He added that with the “riteonthebeach” project, Popbeachclub has been able to establish a Momsch School, a grassroot-based learning system, that engages parents in communities to share their knowledge of local languages;  an Ocean School, a three-year project creating a cyclical, ethical ecosystem based around education and ocean plastic; and Club School, a grassroot-based capacity building initiative, providing vocational training, up-skilling and entrepreneurial guidance in the community focused on young adults and services in the hospitality and tourism sector.