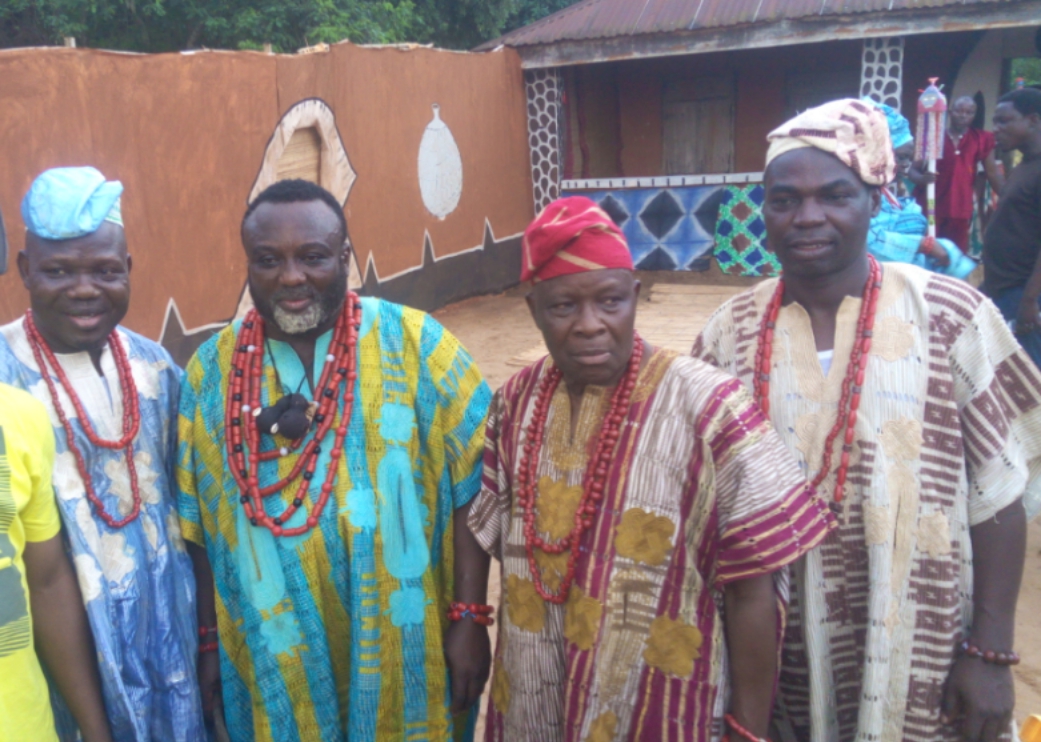 Still basking in the euphoria of its highly successful flicks like Mufu Oloshaoko, Olukoro, Lanka saga binrin osa  and Babatunde Folorunso, Megastar Entertainment has hit location for another movie which its producer  says will surpass the feat of its previous productions. Its titled Oludegun.

According to its producer, Prince Ademola Adelakun ,Oludegun is a Yoruba traditional movie with a difference, which he said amplifies the richness of the Yoruba culture.

Oludegun, he explained , is a true  life story which happened about three hundred years ago in Ayede.

Aree oludegun the warlord of Ayede Land who fought against jinijini spirit terrorizing the town. The high budget project  which will be ready  for  the cinemas before the end of the year has great thespians on set like Baba Wande, Peter Fatomilola , Idown Philip aka Iya Rainbow, Antar Laniyan, Adunni Ade,  Saheed Osupa, Sefiu Alao among  others.