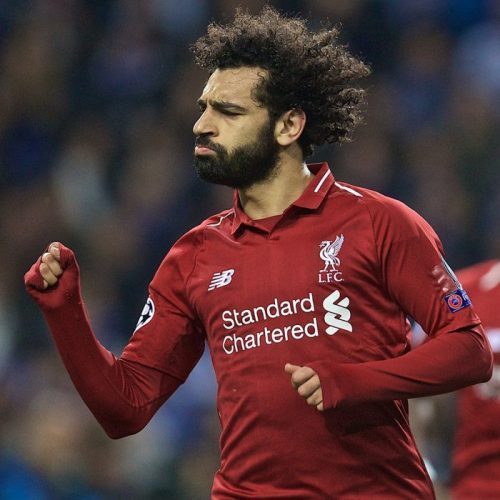 Liverpool were awarded a penalty inside 30 seconds as Moussa Sissoko handled Sadio Mane’s cross just inside the Spurs area.

And Egyptian Salah thrashed in the spot-kick after just one minute and 48 seconds at Atletico Madrid’s Wanda Metropolitano to put last season’s beaten finalists in control early on.

The only goal in a Champions League final to be netted earlier came against Liverpool the last time they won the trophy in 2005.

AC Milan’s Paolo Maldini struck after 50 seconds as Milan raced into a 3-0 half-time lead before collapsing in Istanbul.

The next fastest after Salah’s was Gaizka Mendieta’s third-minute effort for Valencia against Bayern Munich in 2001, although he, like Maldini, ended up on the losing side.

Ivan Rakitic netted four minutes into Barcelona’s 2015 win over Juventus, while Bayern’s Mario Basler was another to open the scoring in vain after six minutes against Manchester United in 1999.

Salah’s penalty was also the earliest goal from the spot in the Champions League since Werder Bremen’s Johan Micoud netted after one minute and 40 seconds against Panathinaikos in 2006.

Trump backs Johnson to be next British Prime Minister

My players deserved the trophy more than anybody – Klopp