SCOA Boss Commends Unity Bank, Others for Facilitating Supply of N15.5b worth of Trucks, Equipment to Julius Berger
Advertisement 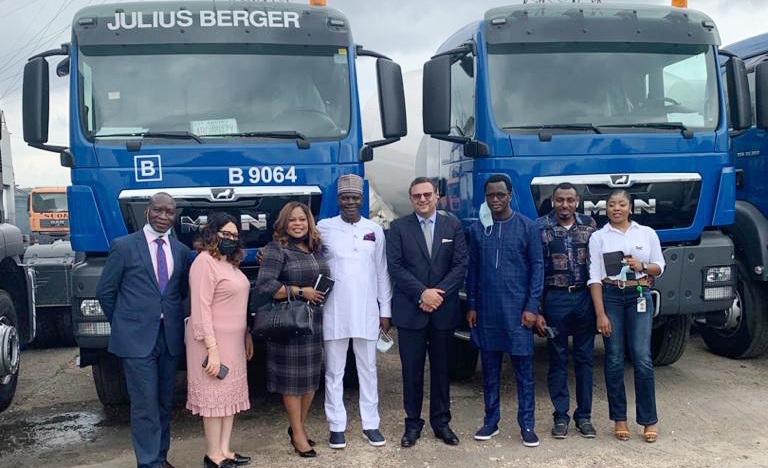 The Group Managing Director/Chief Executive Officer of SCOA Nigeria Plc, Dr. Massad Boulos has commended Unity Bank Plc and other banks for facilitating a credit facility of N15.5 billion for the importation and supply of 33 MAN Platform Trucks and equipment to construction giant, Julius Berger Plc.

The equipment is to be deployed for the construction of the 380km Abuja-Kaduna-Kano roads.

“I commend Unity Bank, their MD and the members of the Executive Management; and the entire team of banks who have worked closely with us on this project,” he said.

Unity Bank advanced the largest sum of N4.24 billion for SCOA Equipment, which is a portion of the N17 billion total line of credit that the Bank extended to both SCOA Motors and SCOA Equipment.

The other seven Banks – Heritage, Zenith, Providus, Wema, UBA, Union and Coronation Merchant Banks – pulled the total sum to facilitate the equipment supply deal to be deployed for the construction of roads across the country.

Of the 33 trucks that the total sum covered, 16 trucks were delivered during the first phase and handed over to Julius Berger. The second phase, which will see to the delivery of the remaining 17 trucks will be executed next month.

Commenting during the official handover ceremony of the equipment to Julius Berger Nigeria Plc, the Managing Director/CEO of Unity Bank Plc, Mrs. Tomi Somefun stated that the involvement of Unity Bank in the project financing deal was in line with the Bank’s strategic business objective to redistribute resources and channel funds to critical sectors of the economy.

“We looked at the strategic importance of this project and how such infrastructure could contribute to stimulating economic activity and decided that Unity Bank must play its part. Unity Bank will continue to provide support to such projects as we have been doing in other critical sectors of the economy such as agriculture,” said Somefun who was represented at the ceremony by Mr. Wale Ogunride, Directorate Head, Lagos and South West Zone, Unity Bank Plc.

Speaking further, Boulos stated at the handing over event that the partnership with Unity Bank and the other banks “is like no other considering the parties involved especially SCOA Nigeria and Julius Berger”.

Related Topics:Unity Bank
Up Next