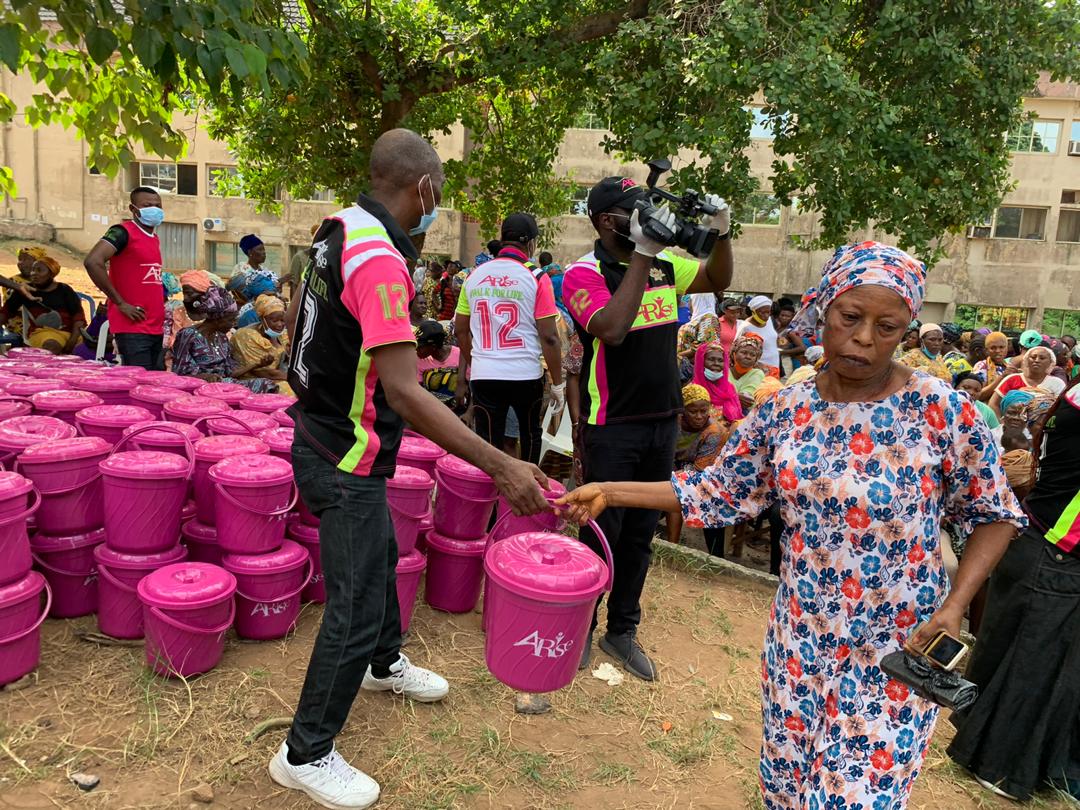 In a bid to bring succour to the less privileged in the society, Arise Women, led by Dr Siju Iluyomade has put everything in place to begin the distribution of its ‘Pink Bucket’, a food basket to serve as palliatives for millions of people across the country.

The package which consist of couple of items like Spaghetti, Rice, Tomato paste, groundnut Oil among other things will be the content in a pink bucket, which is now a regular activity of Dr Iluyomade’s way of reaching out to lots of under privileged tagged ‘Arise Pink Bucket’ (APB), will commence on December 4th officially.

Though distribution of the buckets started on 1st of December during Dr Iluyomade’s championed Handmaidens weekly event at the COD Redeemed Christian Church of God, Victoria Island, were people trooped in to pick up the ‘Arise Pink Bucket’ palliatives, the distribution to Local Governments across the Country later during the week.

Over 3million of ‘Arise Pink Buckets’ are expected to be distributed in many parts of the country in the next few weeks according to Dr Iluyomade.

Facebook Notice for EU!
See also  Obaseki’s Icarus Complex and His Jinxed Re-election
You need to login to view and post FB Comments!
Related Topics:Siju Iluyomade
Up Next