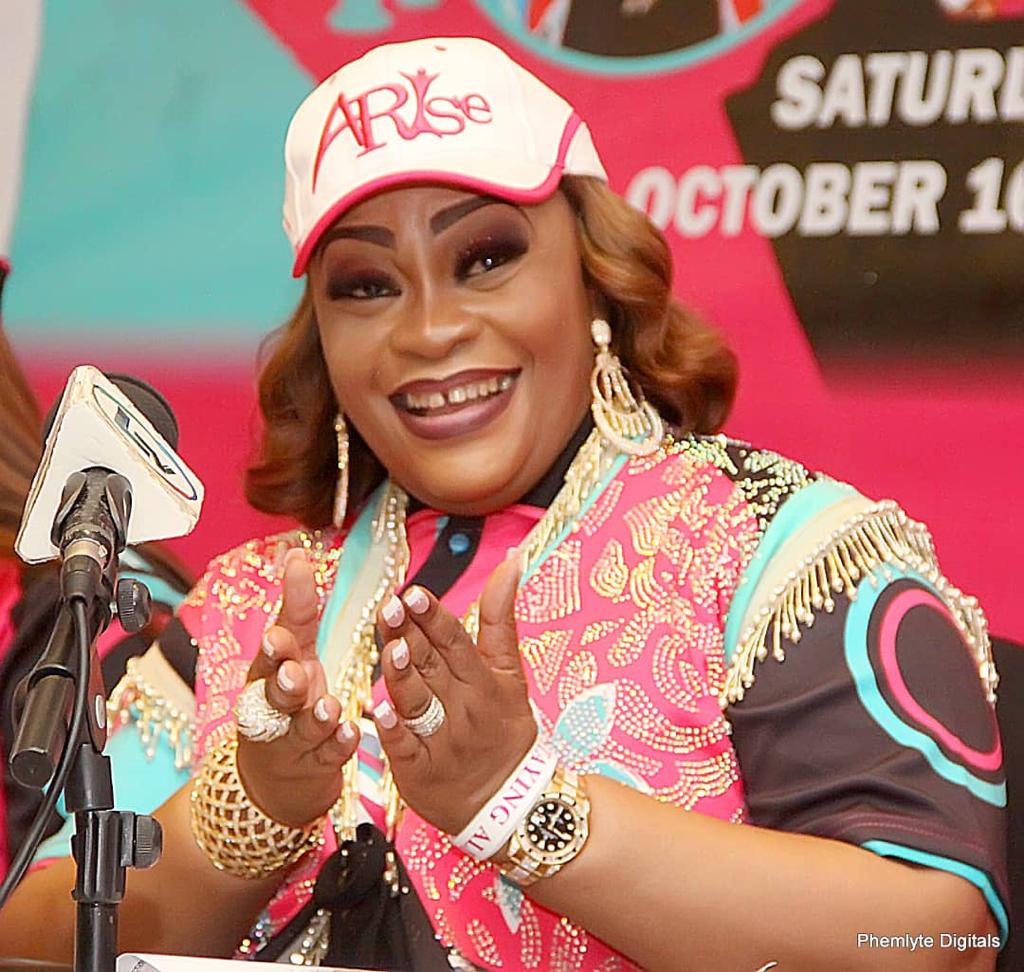 The ongoing distribution of food palliative for the under privileged in the society by Dr Siju Iluyomade tagged ‘Arise Pink Bucket’ which commences in Lagos weeks ago will be leaving the centre of excellence temporarily down to the ancient city of Oluyole, Ibadan in Oyo State

The package which consist of couple of items like Spaghetti, Rice, Tomato paste, groundnut Oil among other things will be the content in a pink bucket, which is now a regular activity of Dr Iluyomade’s way of reaching out to lots of under privileged tagged ‘Arise Pink Bucket’ (APB), will commence on December 4th officially.

Though distribution of the buckets started on 1st of December during Dr Iluyomade’s championed Handmaidens weekly event at the COD Redeemed Christian Church of God, Victoria Island, were people trooped in to pick up the ‘Arise Pink Bucket’ palliatives, has moved to some Local Goverent in Lagos State including Amuwo-Odofin, Lagos-Island where the palliatives were distributed to lots of people.

The team of Arise Women, a non-profit international foundation that assist the less privileged, will on 15th Saturday January 2022 distribute thousands of the Arise Pink Bucket to residents of Ibadan in a bid to cushion the effect of strangled economy and inability of many to eat and feed their family.

Over 3million of ‘Arise Pink Buckets’ are expected to be distributed in many parts of the country in the next few weeks according to Dr Iluyomade.