Nigeria and Democratic Governance: The Seats, The Battles and The Prospects Written by Adesina Adetola With Foreword by Asiwaju Bola Ahmed Tinubu 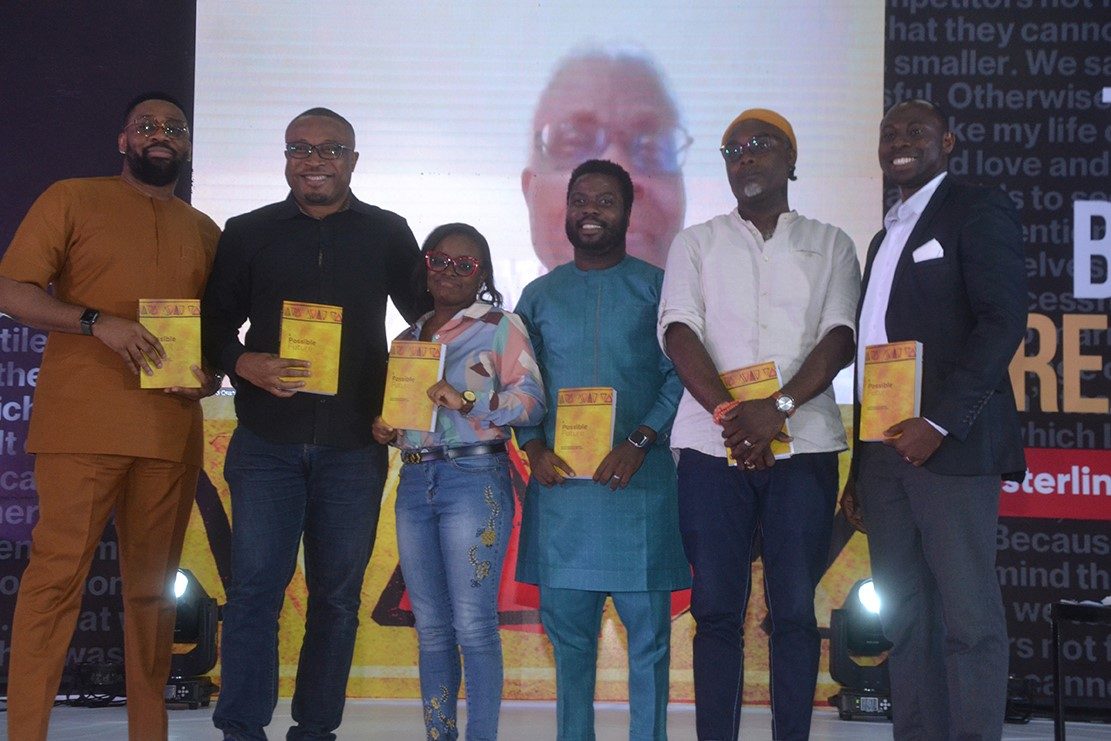 Sterling Bank Plc has collaborated with Farafina Books, Nigeria’s leading independent literary publishers, to launch a premier anthology of the best of Nigerian writings spanning 200 years, from 1789 to 2018.

The anthology, titled: “A Possible Future,” was curated to preserve the gems of Nigeria’s literary history, promote a reading culture in the country as well as to support featured authors in the distribution of their timeless books. The 411-page book features some of the best works of 46 literary authors in the country.

Addressing lovers of literature, authors, influencers, and other stakeholders at the event, Mr. Abubakar Suleiman, Chief Executive of Sterling Bank said the institution decided to collaborate with Farafina on the project because ensuring continued literacy, being a key component of education, is in line with the education component of the bank’s HEART strategy. The other sectors are health, agriculture, renewable energy, and transportation.

He said besides this, the Bank has for some time now been supporting the literary arts through the Ake Arts and Books Festival, an initiative of the Book Buzz Foundation, which is driven by Lola Shoneyin, an award-winning writer and poet among others.

Also, in the foreword to the book, Mr. Suleiman noted that, “In the long stretch of time between 1947 when Professor Molly Mahood declared that Nigeria, at the time, had no literature and today, the country’s literary tradition has established itself as a force in the world.

“This is not to agree with Mahood that Nigerian literature is only as old as British involvement in the country’s affairs. In fact, by the time British colonialism invaded the geographical space that would later become Nigeria, there was already a deep-rooted literary tradition in the north of the region going as far back as the 15th century. So, we had literature long before we practiced the art in the colonial tongue.”

He said, “Modern Nigerian literature may have been ‘founded’ by the English based on an assumption – a falsehood, in fact – but the lie does not have to hold any longer. When we decided to believe in ‘A Possible Future,’ we did so with the understanding that Nigerian literature was already of age. While its story is still unfolding and the yardage of its potential still vast, nay infinite, the baby Emecheta, Nwapa and Tutuola once nurtured in verse, prose and on stage, no longer crawls.

A possible Future is a primer for anyone – and I cannot imagine who, in this age – just getting introduced to Nigerian literature.”

According to him, “Kachifo Limited and Farafina Trust have created a definitive, yet not conclusive text that summarises our literary journey and gestures to its destination. The details of which we do not know yet except that, in that future, everything is excellent, anything is possible and we are here for it.”

The Sterling Bank CEO also read excerpts from Arrow of God by Chinua Achebe, which featured on pages 41 to 42 of the anthology. Temilade Aina, a lietrature curator, took the second reading from the works of Biyi Bandele’s Burma Boy.

The event also featured a panel session made up of Professor Niyi Osundare, Eghosa Imasuen, A. Igoni Barrett, Wale Lawal and Temilade Aina. The session was moderated by Faniyi Kayode, a writer, book critic and editor.

The panel commended the anthology and described it as a premier national work and expressed the hope that subsequent ones will accommodate the works of other writers which are not covered now.