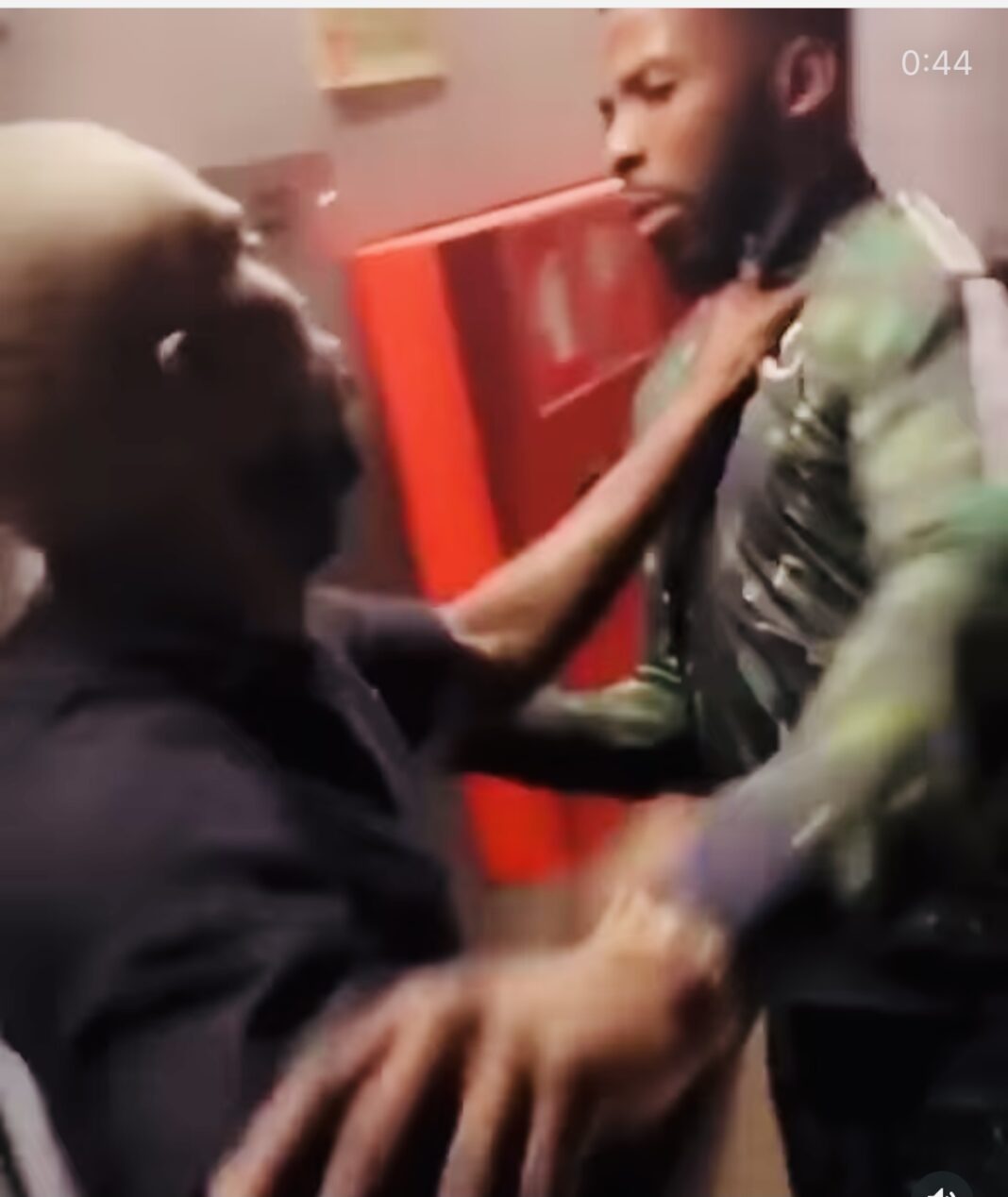 As the Super Eagles of Nigeria prepare to take on the Egyptian national team tomorrow at the ongoing African Cup of Nations, a video has surfaced online showing Super Eagles star, Kelechi Iheanacho and Henry Onyekuru engaging in a fight.

Both Iheanacho and Onyekuru who are currently in Cameroon for the AFCON which kicked off yesterday playfully engaged each other in a fight. They tugged at each other’s shirt before being separated by other team mates. The reason behind their not too serious disagreement could not be ascertained as at the time of this report.

Watch the video Below: