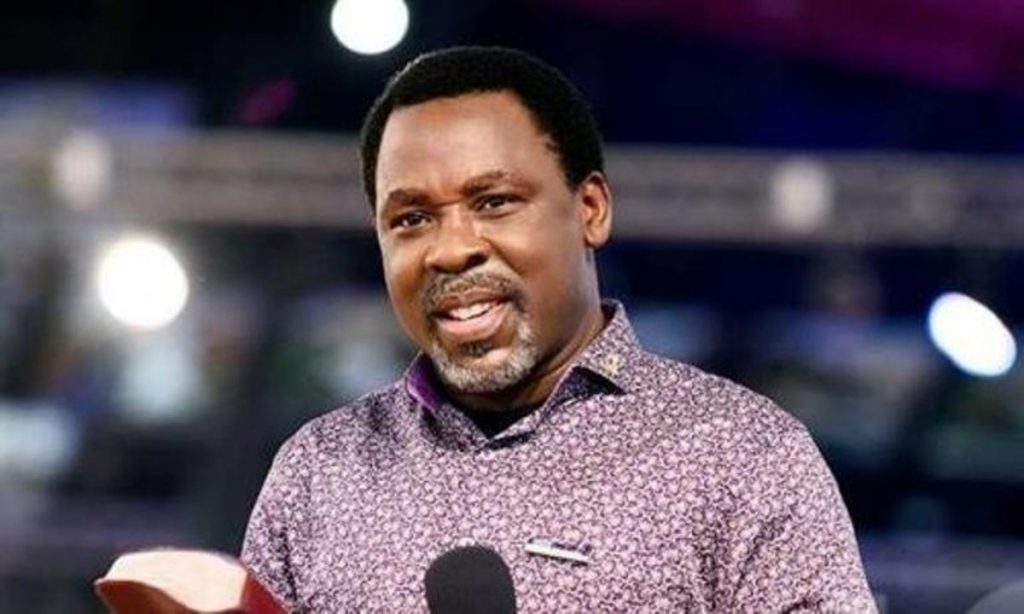 Prophet Temitope Balogun Joshua, 57, popularly known as T.B. Joshua is dead, according to one close family source and a senior worshipper, who spoke to TheCommentNg anonymously as well as the Wikipedia.

Joshua, born June 12, 1962, who, according to the close relative and member of the flock, preached Saturday at his mega church, The Synagogue, Church of All Nations, and told the congregation during his sermon that “There is a time to go” but that he would always be there for them through his previous teachings on TV. The source added that after the sermon, he went ‘upstairs’ and complained about not feeling well and thereafter passed on.

However, a call to the church’s special prayer request number for ranking members by another source of ours, who is a member of the church, said the person at the other end debunked reports of the death of the preacher.

Despite the denial of the development by the church official, another member of the flock has confirmed the death of the charismatic preacher to TheCommentNg, saying his remains has been taken to the morgue. The church member, who asked not to be identified, said he was 100% certain that the preacher had died following his independent conversations with multiple sources within the congregation.