My vision for Ogbomoso if I ascend Soun throne — Oyegoke-Olaoye 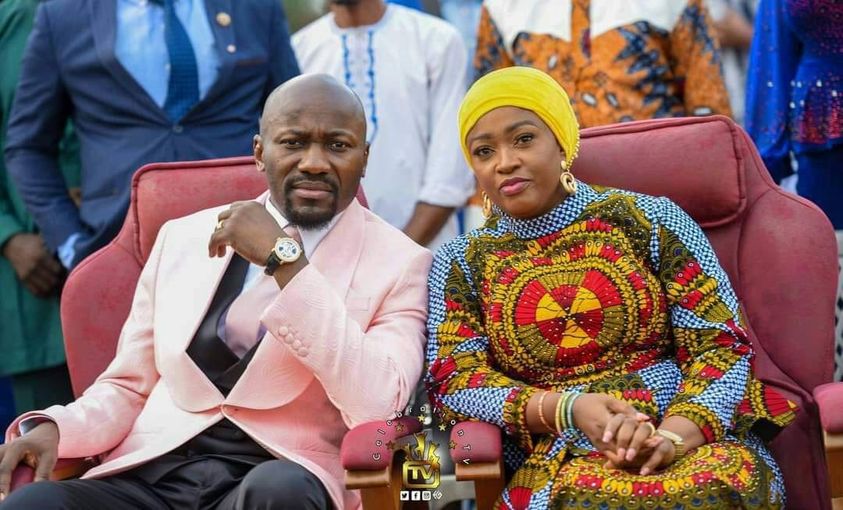 This story told by Apostle Johnson Suleman about an amazing breakthrough he encountered in the beginning of his life with Christ, really sums up the essence of Christianity. The account suggests that, indeed, first it was night. Then there was light. According to him, the light of Christ broke through the darkness for him in want, and the glory of the Lord shone round him thereafter.

The servant of God who is the senior pastor of the Omega Fire Ministries (OFM) worldwide, shared the encounter that was centered around his beautiful wife, Reverend Lizzy Suleman’s taste for original things. It was about having the courage to demand of God for one’s needs. “Let no one discourage you or pull you away from asking for your needs,” Suleman counsels, adding that, “Christians always win in the end, no matter how long and how hard the path may be.”

He tells his story;

“When I got married, my wife liked new things. If my wife should want anything, it has to be brand new. She doesn’t like anything that is already used. I used to like tokunbo (second hand) cars.

My first and second cars were second hand. Of course, my wife agreed that they were okay but she said she would rather we had new cars.”

“When she became persistent about her desire for a new car, it got me annoyed and I told her ‘car is car, so long it can carry us about’. One time, we were driving around and my wife spotted a new Corolla car and said ‘that car is fine and new’. I was embarrassed. I did not have money for a brand new car, still I went to ask for the cost of that particular car and I was told it cost four million naira. I thought it was something I could afford so that I could surprise her with it. I was wrong. I said God forbid, what am I doing with a four million naira car.

“A year later, I went to ask for the cost of that same car, I was told it was now six million. I was down but I had hope that it wasn’t beyond what God could do. I was praying and hoping for God. One day, I was sitting alone and somebody walked up to me. He said he was from Port Harcourt. He brought out a car key and handed it to me. I followed him outside and it was that particular type of car, a brand new Corolla! I called my wife when I got home and gave her the car key. She was shocked. Then she asked if I bought it? I said no, I got it.”

Related Topics:Apostle Suleman
Up Next