The Economics of Small and Medium Scale Enterprises (SMEs) in Nigeria, a naturalistic observation
Advertisement 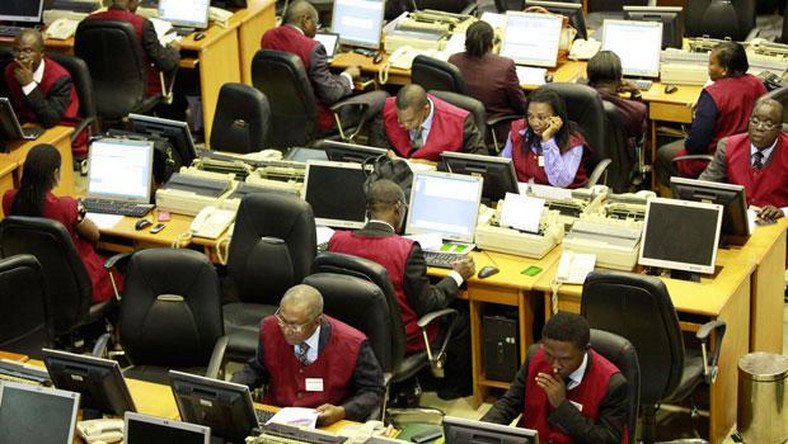 Small and medium enterprises have been considered as the engine of economic growth and an instrument for promoting equitable development. The major advantage of the sector is its employment offerings and low capital investment; and its role in the economic and social development of a country has been generally proven to be of great importance; the sector is a nursery of entrepreneurship development, often driven by individual creativity and innovation.

The historical background of small and medium scale enterprises in Nigeria can be traced back to 1946 when the essential paper No. 24 of 1945 on “A Ten year plan of development and welfare of Nigeria 1946 was presented. In recognition of the depth and breadth of the consequences of small-scale enterprises in alleviating poverty and national development, there has been a deep-self interest in recent years for development of Nigerians small-scale enterprises particularly since the adoption of the economic reform in 1986. The small and medium scale industry is seen as a key to Nigeria’s growth and alleviation of poverty and unemployment in the country. Therefore, promotion of such enterprises in developing economies like Nigeria is of paramount importance since it brings about a great distribution of income and wealth, economic self-dependence, entrepreneurial development employment and a host of other positive, economic uplifting factors (Aremu 2004). Moreover, in a country like Nigeria with an adverse Balance of Payment situation, the growing contribution of the Small Scale Industries sector in Nigeria’s export portfolio goes a long way in generating foreign exchange and smoothening out the adverse Balance of payment situation.

One major drawback in Nigeria’s quest for industrial development over the past years is the absence of a strong, vibrant and virile SME sub-sector. Given a population of well over 170million people, vast productive and arable land, rich variety of mineral deposits, as well as enormous human and other natural resources, Nigeria should have achieved even greater feat in the aspect of Small and Medium Enterprises than it has over the past five years of experiencing a paradigm shift in economic sector from large to small and medium scale business enterprises.

Record has it that the empowerment programmes geared towards the establishment of SMEs are eventually mismanaged and their intentions replaced with greed and corruption by the handlers of the program. A good example is the Structural Adjustment Programme (SAP) introduced to Nigeria as far back as the 1950s, with support of the International Monetary Fund (IMF) and The World Bank. Not much can be said about the achievements of this programme nor its existence or extinction as the case may be. The underlying policies and good intentions of the SAP, which were based on the neo-classical theory of efficient, perfect and competitive market, were unfortunately forced out of the system by prevailing circumstances, constraints and the failing operational environment of SMEs in Nigeria.

Nowadays, empowerment programmes spring up in their numbers on daily basis, with promises and offerings that are enticing to the ears alone but absolutely unimaginable to achieve. Unworthy testimonies of how a business started with meager amount and can now boast of a net profit in millions of naira only after two months have led a lot of people into committing their savings into unrealistic business ventures; with many more hiding from creditors who have reported them to law enforcement agencies for breach of contract.

In recognition of SMEs substantial contribution to the country’s economy, the strategies and initiatives to promote SME development features prominently in most of the government’s economic development plans with a view to nurturing further growth in the sector. Over the last decade, a clear path for accelerating the development of SMEs has been charted through the establishment of agencies such as DFRRI, NDE, NAPEP, etc. Others include the availability of funds, a model in which commercial and microfinance banks and other financial institutions both in the private and public sectors have all imbibed.

The regulation of trade in such a way that benefits large firms in obtaining import licenses, subsidized exchange rates for imports, and tariff rebates more than small firms; the anti-export bias induced by import substitution strategies are the tough challenges often described also as discrimination against SMEs. In addition, selective credit controls and controlled interest rates stand as detriments to the availability of funds for SMEs and as a result, small clients are allocated limited credit by financial institutions thereby allowing large firms to grow at the expense of small firms.  Similarly, the problems of dealing with government regulations and tax authorities weights heavily on small firms, such as fixed costs of complying with import/export and tax regulations, labor market regulations, and licensing and price control.

We cannot but mention that Nigeria’s underdeveloped physical and social infrastructures create a binding constraint to SMEs growth. SMEs rely heavily on inefficiently provided state infrastructures such as electricity and water and cannot afford the cost of developing any alternatives. Similarly, inadequate investment in human capital hampers SME growth because of the scarcity of skilled workers, managers and entrepreneurs

Small and Medium -scale enterprises has risen to the challenge and reduced high rate of rural/urban migration particularly with small agricultural businesses being cited in rural areas.  Non capital-intensive nature of small (and medium) scale industries is another important significance of these enterprises. They are usually started with small saving which made them affordable to go into. The small capital requirement of small-scale enterprises is a huge opportunity for the even distribution of income in the economy. This is because if there is adequate financial support, more unemployed Nigerians will engage in small scale enterprises thereby accessing means to standard living and reduction in the queue awaiting the unavailable white collar jobs. There is need to offer more result oriented support to Small and medium scale enterprises since they ensure community stability; they posses less harm to the physical environment than large enterprises in terms of pollution and by effect, climate change and environmental sanity. They promote agro-industries, improve rural welfare and generally reduce unemployment and poverty in the country.

I’m the Godman of this Age – Satguru Maharaj Ji