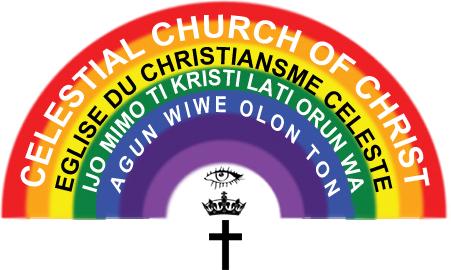 An urgent call has been made to faithful’s and members of the Celestial Church of Christ Worldwide to rise up against the manipulative tendencies of a member of the Board of Trustees of the church, who according to insiders is gradually becoming a ‘tyrant’.

The call was made by members of the Celestial Proclaimers, a group which in a statement issued on Monday warned that the essence of the Celestial Church is under serious threat if the excesses of the unnamed BoT member is not checked.

According to the leader of the group, who pleaded anonymity, at least for now, a letter which recently surfaced online written by a senior Prophet in the Church who happened to be the chairman of the church 70th Anniversary calls for serious concern.

The leader of the group said the letter made him weep for the church because senior members of the Church who know the truth of what Celestial Church of Christ stands for, both spiritually and temporally, keep sinful and judgemental silence on the pretext that God will fight for His Church at the right time.

He said; “All these combined, had made the lowly ranked and the youths to be tepid and passive, resulting in serious Church maladministration which has future spiritual and physical consequences for the Church and her members both young and old.

“With my interaction with people even before the said letter, members are generally discontent with the goings-on in the Church but are afraid to say anything for the simple reason that they will be seen as fighting the Pastor of the church.

“After I read the letter where the said BoT member to stop a project which is beneficial to the church as a whole for the simple reason of power tussle, then, I said to myself and others who saw the said letter, that, the Church is dangerously sliding into abyss which must be urgently checked by all those who had the love of this church and all she stands for at heart. We must not just be passive members of this great spiritual Church but ACTIVE MEMBERS.

“A senior member of the church pointed an instance of the composition of the Board of Trustees to me in our discussion after the letter that went viral online.

He said, it started when this Mafioso in alliance with his friend then in the Board of Trustees, schemed and maligned an elderly existing MBOT (Sup S.O.B) before the Pastor in order to control the fund and administration of the Church to boost their influence over everything to the minutest of anything in the Church. This is what you called ABSOLUTE POWER AND INFLUENCE.

According to the leader of the Celestial Proclaimers, ever since the accused BoT member got hold of the Church Accounts, he arrogated so much powers to himself by manipulating others to achieve his ulterior motives.

“The said friend was gunning for the Deputy Chairman of BOT with the attachment of Head of Administration. However, this Mafioso grabbed Administration with his Treasury assignment. How on earth do you do this if not for the fact that this person is a power drunk vampire.

“He goes to the Pastor to tell lies of unimaginable proportion against his so called friend to curry the Pastor’s favour for his own ulterior motive which is now clearly manifesting in the way he tramples upon everyone and everything even including the Pastor of the Church not to talk of shepherds. It was claimed the Pastor realized too late how this Mafioso had cornered him but the Pastor seemed somehow helpless but his help will SURELY COME FROM THE LORD, the OWNER of CELESTIAL CHURCH OF CHRIST.

“How can a man who is not the Pastor, or shepherd and who has nothing with the spiritual assignment of the Church be having a final say on shepherds as to who gets posting to Parish/Area/Province A or B. Why? If not for totalitarian tendencies.

“I was reliably informed that he single-handedly compiled the list of members of the Pastor-In-Council which serves as the highest ruling organ of the Church.

“It was also gathered that he surrounded himself with his mafia gang and Yes Sir men and women who formed around 85% of the total membership of the PIC. Out of the remaining 15%, it is only about 2% that are independent minded leaving about 13% as the indifferent or passive group. This portends danger to the Church and even the pastor himself because a day will come when all will wake up to a change of leadership which might not go well with many which may have the tendency of disintegrating the Church.

“How can a sane member of this Church and especially at the top level as his accepted to be called Jagaban everywhere within the church even before the HOLY ALTAR OF GOD and not stop those hungry praise singers. He loves it and relishes in such carnality.

The impeccable leader of the group who is worried about the future of the Celestial Church in the hands of such a person, also revealed that the BoT member in question was chased away from his former post in Port Harcort due to his fetish and tyrannical disposition.

He said; “While he was still in Port Harcourt he was driven away for two reasons, his tyrant and fetish disposition. Same thing he is now applying as regards controlling the Spiritual Head of the church and rendering all his (Pastor) authority to be non-effective. Members eyes should be opened to the fact that this tyrant is a calculating mercenary of utmost dangerous dimension.

“Carefully and analysing the present position of the Board of Trustees, one can assuredly say the BoT is a one man squad. Where are the others? They are either far away at logger head with the Pastor, sick or not buoyant enough again to fulfill their obligations towards the Board or with their level of education rendered just as errand boy. The elder Trustee has no say again because he is not consulted on anything again and surely if the man would confess, this is the worst period of his life as a Celestian than when he was wrongly imprisoned by a dictator military government some years back.

“No member of the BoT is spiritually confident to challenge this tyrant called celestial Jagaban. This happenings are beyond ordinary, it has metaphysical connections. He is systematically eroding the authority of the Church and usurping the functions of the Pastor for him to install a government in the Church that will be subjected to his whims and caprices. THIS IS DANGEROUS.

“Right now, he fixes concubines wherever he deems fit and make them heads of Church revenue sections and committees to repay them for using their bodies as appropriate. He posts shepherds who are in his good books to where they will be fully compensated for their loyalties. Even if the Pastor has signed the letter for a shepherd, he will give instructions to be reversed and nothing the Pastor will do about it except for him to be begging the offended party. Celestial Pastor begging for his authority to be effective?, this is an escalated madness in this Church. There are many like that, but of very recent is what happened to a shepherd or Church worker posted to Ijaiye in Abeokuta.

The group leader referred to Mordecai who stood up against the evil plot of Hamman. Mordecai, the group leader said encouraged every Jew/Isrealite to stand up against any evil plan referring members to Esther 3: 1-15 and Esther 4: 1-17.
“It is high time for members to stand up and be counted on the side of God and speak out against the impending evil on the church by the totalitarian Jagaban.
“Yes, God will fight for His church, that is the absolute truth. However, God will use men and women of faith. Let us all rise up and look this goliath in the face and reduce him to nothing by rescuing this Church form this exacebating immoral tyrant,” the anonymous insider charged!

SFB Bows Out of Politics Becomes Adviser for ACORN