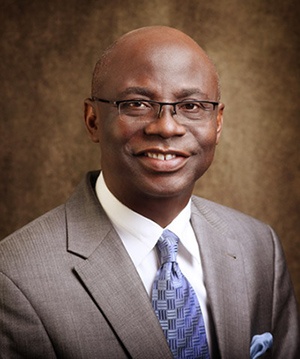 Information reaching The Comment NG has it that, Pastor Tunde Bakare, the general overseer of Citadel Global Community Church formerly known as Latter Rain Assembly was some days ago appointed as chairman of advisory council for Royal Commonwealth Society Africa.

The letter of appointment which was sent to the revere man of God on 15th of July 2020 was accepted in his July 22, 2020 letter where he appreciated the kind gesture extended towards him.

He pledged his considerable intellect, network, and enthusiasm to the pursuit and accomplishment of the Society’s global thematic preoccupations.

In his words, the former vice-presidential candidate said “I am highly honoured to have been considered for this role and it is with sincere humility and a deep sense of responsibility that I accept your invitation.”

“The Royal Commonwealth Society has contributed immensely to fostering international corporation and human development in an evolving global order. For Africa in particular, the society has played a significant role in promoting racial integration, pan-African expressions, youth development and much more.”

And as Africa seeks better strategic positioning in the dynamic 21st century with its complex and multisectoral challenges, Bakare believed that the commonwealth offers the continent a platform for collaborative progress.

He promised to use the position towards uplifting humanity while he looked forward in meeting the distinguished members of the advisory council and working with them towards achieving the laudable objective of the Royal Commonwealth Society.