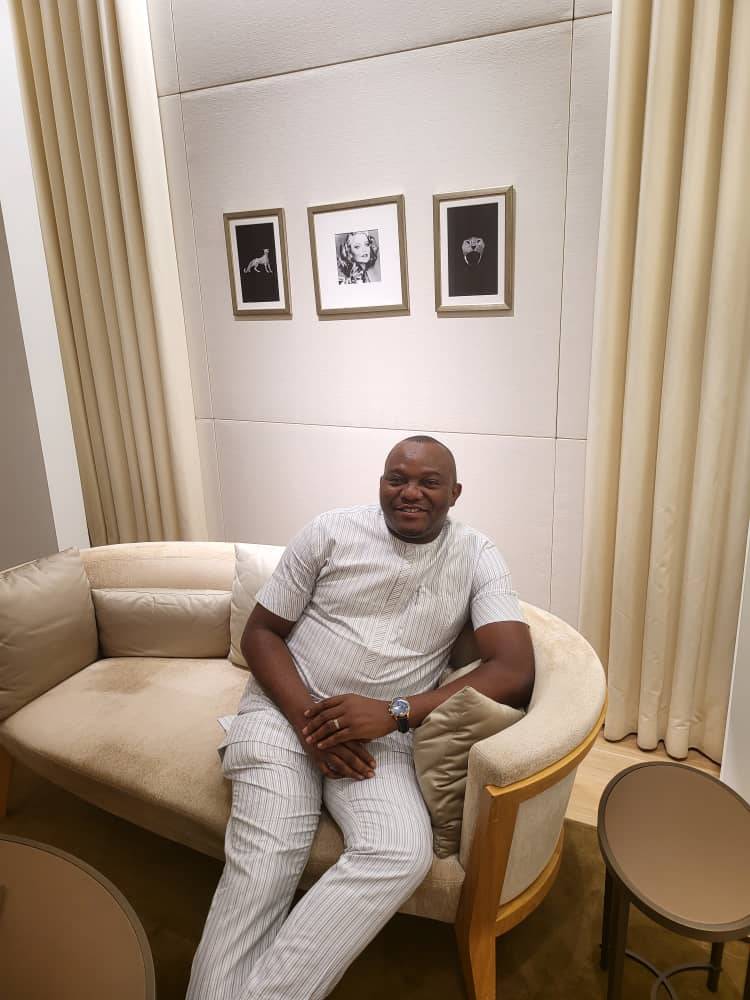 The Chairman/Founder, Unubiko Foundation, Chief James Ume, has revealed that the organization has launched a N250m intervention fund to rebuild the Ovukwu-Abam Secondary School, Atan Abam in Abia State.

Ume said this on Thursday in Lagos at the launch of a book titled: “Technology and Development – An African Perspective,” written by the Business Editor of THE PUNCH, Mr. Everest Amaefule.

Ume who was the Chief Presenter of the book said the launch of the N250m intervention fund is based on his commitment to the development of his people both infrastructural-wise and in capacity.

The Foundation had before now implemented many intervention programmes in Nigeria in areas of skills acquisition in digital technology and other areas, youths and women empowerment, job creation and poverty reduction among others.

Ume called on all eminent Nigerians to join him in building the future of the school in particular and the community.

He said, “It is worthwhile to state that in my commitment to the development of our people both infrastructural-wise and in capacity, the Unubiko Foundation has just launched a N250m intervention fund to rebuild the Ovukwu-Abam Secondary School, Atan Abam in Abia State and I invite all of us to be part of the future we are building.”

As a measure of his support to the book, and to galvanise the Nigeria Union of Journalists (NUJ), Ume who is also the Publisher of THE WHISTLER bought 10 copies of the book at N2m for the library of the NUJ National Secretariat.

Similarly, Ume who was represented at the event by The Deputy Editor, THISDAY, Obinna Chima, purchased another 10 copies of the book for Ovukwu-Abam Secondary School for the same N2 million, bringing his total support for the scholarly publication to N10m.

He applauded the commitment of the Author towards offering insights through his writings on issues that affect Nigeria and the global economy.

He said, “In other parts of the world, it is a given for journalists to write books and offer their deep insights into issues that shape and can potentially impact on the course of events in their societies. It is not that common in Nigeria and Africa as a whole.

“It is in this wise that when we find journalists such as Mr. Amaefule bringing their wealth of experience garnered over many years in a book form, we should applaud their industry and commitment to better and grow society.

“The book comes at a time that Nigeria albeit Africa needs to examine the nexus between technology and development and how it can leverage on the former to achieve the latter especially in the face of global shutdowns owing to the Covid-19 pandemic.

“I remain persuaded that this book will add to the existing body of knowledge and be useful not just to academics, but also to journalists and students of development.”

Ume said what he finds ennobling is that the author from a humbling beginning has rose through the ranks first as a correspondent to now being a Business Editor and a sought-after voice in business and financial circles as a result of his profound thoughts and unbiased analysis of issues.

“I should say that as a journalist myself and an industry consultant, Everest is one of the few minds I trust to take on issues knowing how painstaking he is when dissecting issues of national interest.

“This book is a challenge to other journalists not to rest on their oars but to continue to strive to develop themselves and be part of living history by documenting their perspectives on issues of growth, development, politics, economy and security,” he added.

Related Topics:Unubiko Foundation
Up Next

Lagos 2022 budget to work in interest of residents – Obasa