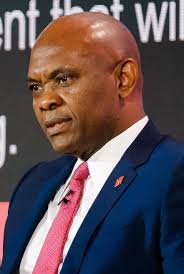 African philanthropist, Tony Elumelu is in the news again. This time around, it is not about his growing entrepreneurial support for Africa youths but his new honour conferred on him by the Kingdom of Belgium as honorary distinction of Officer in the Order of Leopold, the country’s oldest and most important National Honour.

This according to the Ambassador of Belgium to Nigeria, H.E. Ambassador Daniel Bertrand is in recognition of his commitment to poverty eradication and the economic empowerment of young Africans.

Congratulating Elumelu, Wale Tinubu, the Oando boss posted on his Twitter page saying “congratulations on receiving Belgium’s highest National Honour – Officer in the Order of Leopold @TonyOElumelu. Your philanthropic contributions to the continent cannot be overlooked. Your achievements epitomise the role the private sector must play in transforming Africa.” He said

Elumelu has been responsible for initiatives creating millions of jobs and employment for young Africans across the continent, through his philanthropy, The Tony Elumelu Foundation (TEF). And his concept of Africapitalism is redefining national development, making the case for the critical role that the private sector must play in transforming Africa. Earlier in 2019, Tony Elumelu was conferred with the National Productivity Merit Award in Nigeria and in 2020, he featured in the Time 100 most influential people in the world.