We Are Like The Biggest Employer of Labour In Festac Town, Courtesy of Jumia’ - ACOA Courier CEO
Advertisement 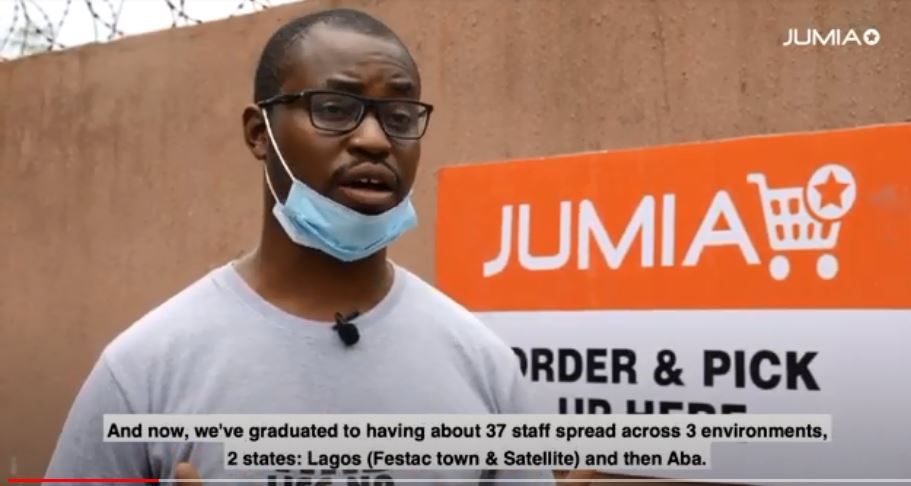 A logistics partner of ecommerce market leader, Jumia, Chidi Anyina, founder of ACOA Courier, has espoused the growing importance of logistics in the country saying the company which started in a corner of one room has grown to become one of the biggest employers of labour in Festac Town in Lagos.

The tale of ACOA Courier is one of many logistics SMEs in different regions of the country, who have been able to upscale their businesses by leveraging the partnership benefits of the likes of Jumia.

Speaking on the impact of the partnership on his firm, Anyina explained that the business which started with 3 staff, has not only expanded its footprint to other regions of the country, but has also been able to impact its immediate environment. “We have been with Jumia for the past 8 years. And we started off just in a boys quarters of about two rooms, with just a bike, a van and two other staff. And now we have graduated to having about 37 staff spread across 3 environments, two states; Lagos (Festac Town and Satellite) and then Aba.

“We started off doing about a hundred orders every other day. Now, we did 17,000 orders in June. That shows the scale that we’ve grown over the course of the years. We’ve seen ups and downs; we’ve lost and we’ve gained. But most importantly, we’ve impacted the community; we’re like the biggest employer of labour in Festac Town,” he said.

Touching on the impact of covid-19 on his logistics business, the ACOA boss said his firm had to think on their feet, upscale in order to meet demands, especially during the first wave of the virus. Covid-19 was a tough time. At that point, we were having volumes in spite of the lock down and the restrictions. We saw a surge for processing orders for nose masks, as well as hand sanitizers. That was the initial shock.

“And we graduated to having food items, noodles packs and stuff. That was how that season went. It was even a time when we realized we had a boom because many of the markets were shut down and many people had to fulfil orders outside of the market so they were coming to us. We had to scale our operations, and even moved from a duplex to a duplex and a boys quarters just to be able to absorb the volume of items that were coming up at that time,” he explained.

There are over 200 unique logistics companies (ranging from individual entrepreneurs to large companies) registered within the Jumia integrated network of logistics partners who provide support to Jumia in ensuring that packages are delivered to big cities, secondary cities and rural areas within the country.