What Many Will not tell you About Azuka Okwuosa
Advertisement

100Days: I Want To Leave A Lasting Legacy In Oshodi – Oloyede 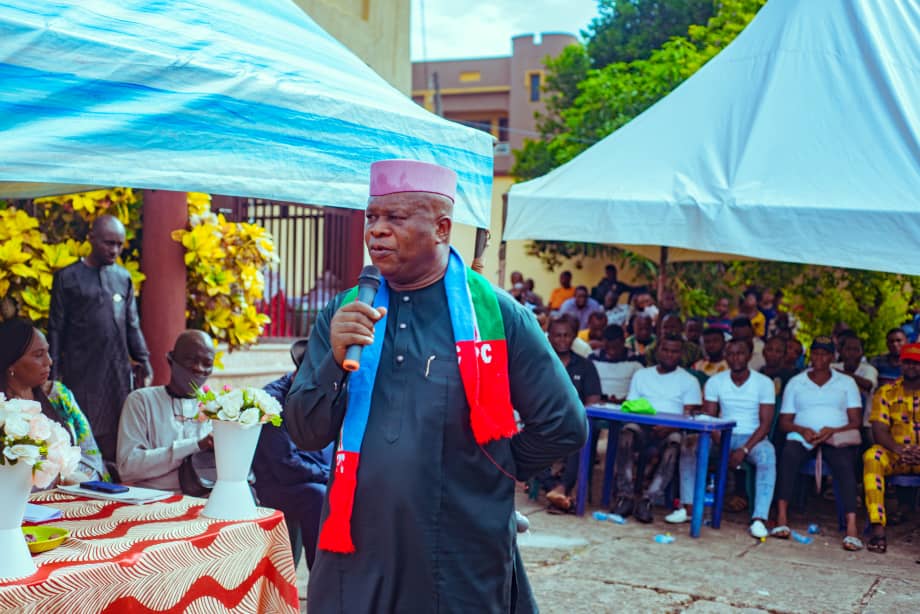 Azuka Okwuosa is one of the frontline politicians in South-Eastern Nigeria born on 3 November 1959 and he’s a member of the All Progressives Congressb . He served as the chairman of the Nnewi Local Government Council from 1994 to 1996 and later became the commissioner for Works and Transport of Anambra state from 1999 to 2001. He was also the Secretary-General of the South-East Development initiative from 2002 – 2010. Ideologically a democrat, he was a senatorial candidate of the All Progressive Grand Alliance party (APGA) for the 2007 senatorial elections.

Okwuosa was born on November 3, 1959, in Jos, Plateau state to a disciplined Christian family. His mother was a teacher and his father was an ex-serviceman from Oraifite, Anambra state.

He attended All Saints Primary School, Irefi, Oraifite, Anambra State where he obtained his First School Leaving Certificate (FSLC) in 1973. He then went to Colliery Comprehensive Secondary School, Ngwo, Enugu, where he earned his WASC/GCE in 1977. After that, he attended the Institute of Management and Technology (IMT), Enugu and got an OND in Fine and Applied Art in 1981. He was further awarded an HND in Graphics Arts/Advertising in 1983. In 1998, he graduated from the Samuel Bible Institute, Lagos with a diploma in Theology.

After his OND, he became an industrial attaché in the Government Press, Enugu from 1981 to 1982. He further went to serve his country in Port Harcourt, Rivers State. As a Corps member, he carried out his primary assignment at Tide Newspaper from 1983 to 1984. Being a resourceful person, he floated his own company, Nimex Leads Limited, Enugu. He remains the Managing Director/CEO to date.

In 1994, Okwuosa assumed the office of the Chairman of Nnewi Local Government Council, an office he held for two years. During his tenure, he reconstructed several roads, implemented a housing scheme in Nza Ozubulu, Nnewi and reactivated the Nnewi North mass transit scheme which became the second-best mass transit in the country at the time. In 1999, he joined the People’s Democratic Party (PDP) where he was a major stakeholder. In the same year, he was appointed the commissioner for Works and Transport in Anambra state laying a foundation for successive administrations to build upon. In 2001, he left office and was appointed as the Secretary-General of the South-East Development Initiative from 2002 to 2010.

In 2003, he joined the All Progressive Grand Alliance party (APGA) founded by his lifelong hero and mentor, late Former General Chukwuemeka Odumegwu Ojukwu. In 2007, he ran for an elective position under the wings of the APGA party.

As a Democrat, he was a senatorial candidate of the All Progressive Grand Alliance party (APGA) for the 2007 senatorial elections. Not satisfied with the precedence of the elections, he filed a petition with the Elections Petition Tribunal. In 2009, the election was nullified by the Court of Appeal, Enugu and reconducted that same year.

After the death of C. Odumegwu Ojukwu in 2011, Okwuosa left the All Progressive Grand Alliance party (APGA) for the Action Congress of Nigeria (ACN). In 2013 he became one of the founding members of the All Progressives Congress party (APC) in Anambra state. Since then, Okwuosa has held several critical roles within the political party. In 2020, he indicated his intention to contest in the 2021 gubernatorial elections of his beloved home state, Anambra State, Nigeria.

See also  Technology is redefining informal retail in Nigeria
Facebook Notice for EU! You need to login to view and post FB Comments!
Related Topics:Anambra StateAPCAPGAAzuka OkwuosaPolitics
Up Next