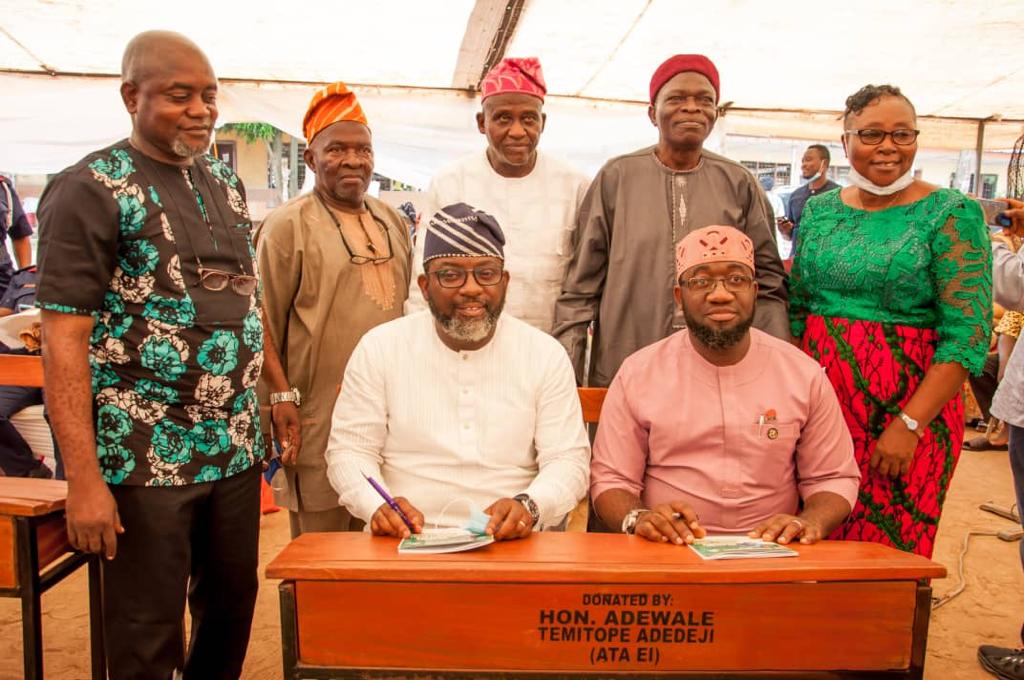 A Lagos Lawmaker, Hon. Temitope Adewale, has urged well-meaning Nigerians to support the growth and development of children in their environments by ensuring that they are educated.

Adewale, who represents Ifako-Ijaiye Constituency 1 at the Lagos State House of Assembly, believes that such support would help create a progressive, peaceful and egalitarian society.

The lawmaker made the plea when he presented 500 educational materials to students of junior secondary schools in his constituency through his Temitope Adewale Adedeji Education Initiative (ATA-EI), which had earlier given out 250 free forms for the GCE forms to deserving candidates.

Speaking at the event with the theme ‘Education: A Tool For Viable Development’, the lawmaker restated his commitment to the progress of his constituency as he also donated 150 free chairs and desks to two schools.

While thanking Adewale for the gesture, the Commissioner for Education in Lagos, Folasade Adefisayo, described him as a man with foresight.

“I am not surprised at what he has done and will keep doing for the development of education in Ifako-Ijaiye,” she said.

Also commending Adewale, the Chairman of the Lagos Assembly Committee on Education, Hon. Ganiu Sanni Okanlawon, urged the student to strive for success as a way to repay the gesture.

The coordinator of ATA-EI, Com. Kolawole Hassan, earlier listed the achievements of the body to include scholarship for 28 students of various institutions.

He also said the ATA-EI had commenced campaigns against social vices in schools.

Facebook Notice for EU!
See also  281 Days After Ozil Last kicked ball for Arsenal, Manager Sets to Recall to Squad in January
You need to login to view and post FB Comments!
Related Topics:Lagos Lawmaker
Up Next