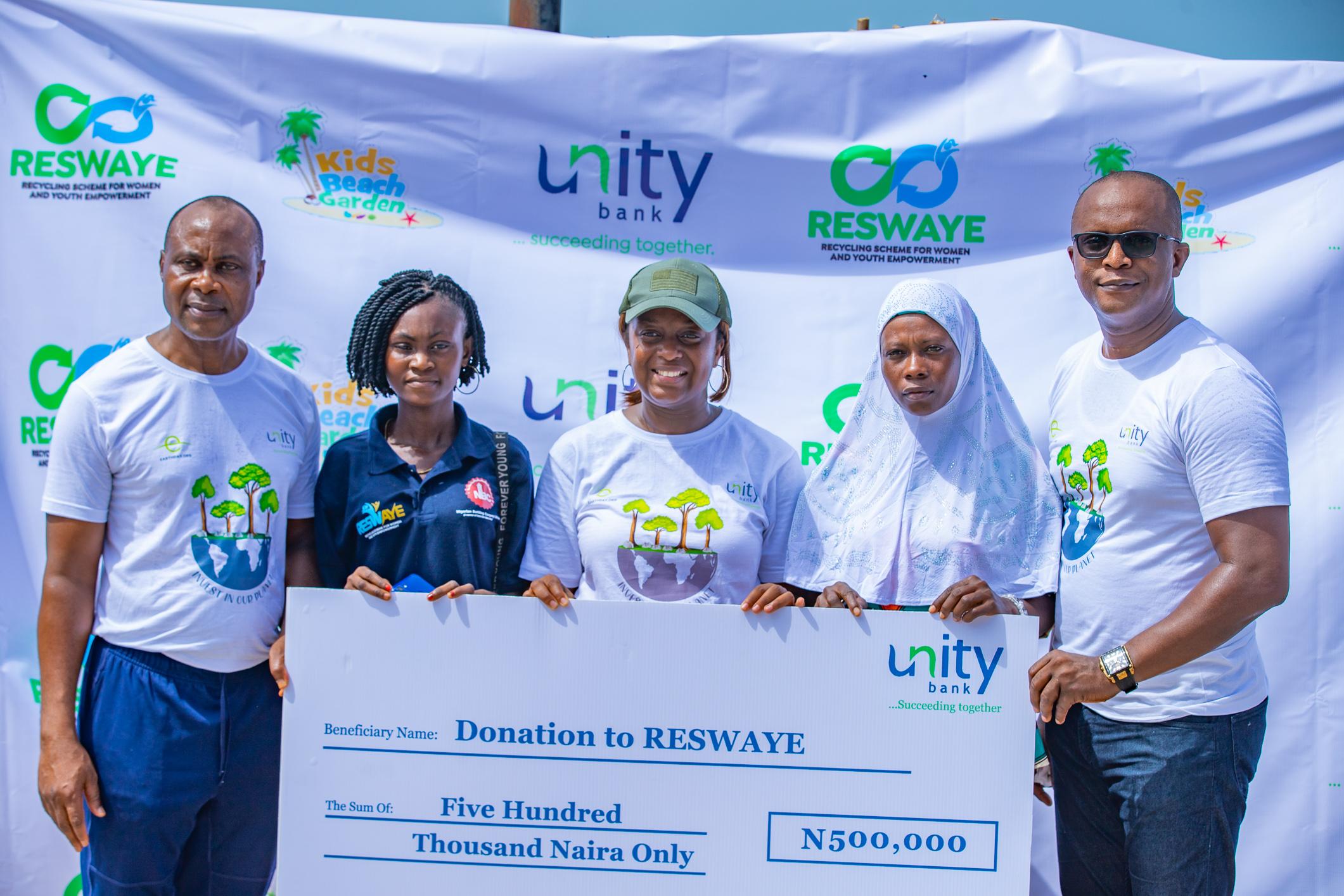 In commemoration of this year’s World Earth Day, Unity Bank Plc in partnership with 3 non-government organisations – Recycling Scheme for Women and Youth Empowerment, RESWAYE, MEDIC and KBG – has conducted a beach cleaning exercise as part of its commitments to promoting environmental sustainability.

No fewer than 200 members of staff, as well as over 100 members of RESWAYE thronged the venue of the cleaning exercise – the Lagos Kids Beach Garden within the Oba Elegushi beach environs – where they picked and removed over 100,000 plastic bottles from the beach to make the beach safer and reduce ocean pollution.

The Bank also carried out a tree planting exercise across the country, as the Staff of the Bank across the bank’s branches nationwide planted at least one tree.

He added that such activity as the collaboration and partnership by organizations would play a vital role in reducing the threats of ocean plastics and thereby reduce the climate risks they pose to the earth.

He reiterated that Unity Bank will continue to be very aggressive in terms of environmental protection and sustainability commitments, adding that “in line with the Bank’s agribusiness strategic focus over the past couple of years, the Bank has granted access to credit to businesses in greenhouse farming and metal recycling to the tune of 3.25 billion naira”.

He said, “But beyond supporting sustainability-related business, the operations of the Bank have adopted sustainable practices in the way we carry out daily activities as a matter of corporate culture. As of today, thirty-one branches of the bank are running on Hybrid Solar Solution while 70% of our 416 ATMs Bank-wide are powered by hybrid solar solutions with a projection to migrate an additional 15% to hybrid solar solutions before the end of 2022.

“The reduction of carbon emissions by the bank since migrating branches and ATMs locations to Hybrid Solar Energy in 2018 now totals 21,631kg of Carbon Dioxide, saved monthly.”

Unity Bank has over time promoted corporate and business philosophy that encourages low paper usage, recycling and adoption of renewable energy through increased investment in solar-powered branches and ATMs.