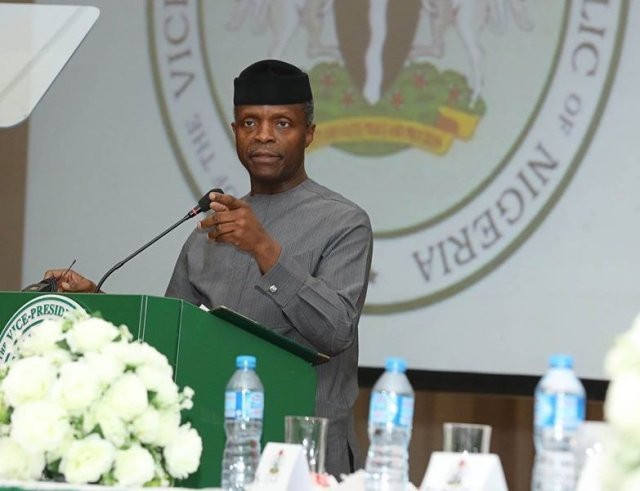 The entire dwellers of Apapa axis and its environ have commends the effort of the vice president, Prof. Yemi Osinbajo and the presidential taskforce deployed to the road to melled the incessant traffic gridlock.
Following the success recorded by the taskforce, residents, stakeholders and company owners are appealing to the federal government to extend the tenures of the taskforce so as to enable them complete the good work they have started.
According to information gathered, the presidential directive was issued May 24 had up to June 7 this year to complete the assignment of the clearing up of the Apapa gridlock and the restoration of law and order to Apapa and its environs within which is open for extension if the situation warrant.
The presidential taskforce daily operations which is chair by Vice President and supervised by an Executive Vice Chairman, Comrade Kayode Opeifa whose is a thorough bred when it comes to transportation business in Lagos and Nigeria’s commercial capital while membership of the team is drawn from the Presidential Enabling Business Environment Council (PEBEC), Nigerian Ports Authority and the Nigerian Shippers Council.
Other members include a special unit of the Nigeria Police Force led by a Commissioner of Police, the Federal Road Safety Corps (FRSC), representatives of the Truck Transport Union, the Lagos State Government through the Lagos State Traffic Management Authority (LASTMA), and other relevant MDAs.
The task force which commenced its assignment in May have been working tirelessly to resolve the congestion caused by truck drivers following a request for an extension by members of the community and other stakeholders.
According to inside sources, Vice-President Yemi Osinbajo, SAN will gladly approved the extension of the Presidential Task Force following decongestion achieved by the taskforce.
In fact, information has it that, trailer drivers, tanker driver and commuters now enjoy their smooth ride and business of the day without hindrance.
It was also gathered that, efforts are ongoing to open new parking bays for trucks around the port area and in other parts of Lagos, preparatory to the commencement of the electronic call-up system at the port– one of the measures proposed to ameliorate the hardship at the port area.
When Opeifa, the Executive Vice Chairman of the taskforce, was contacted, he said the progress made so far by the team is commendable despite the challenges experienced in the course of the assignment, it was able to record a significant compliance level of the presidential directive on the clearance of the Apapa gridlock.

See also  IgbereTV Boss Is Dead
Related Topics:
Up Next