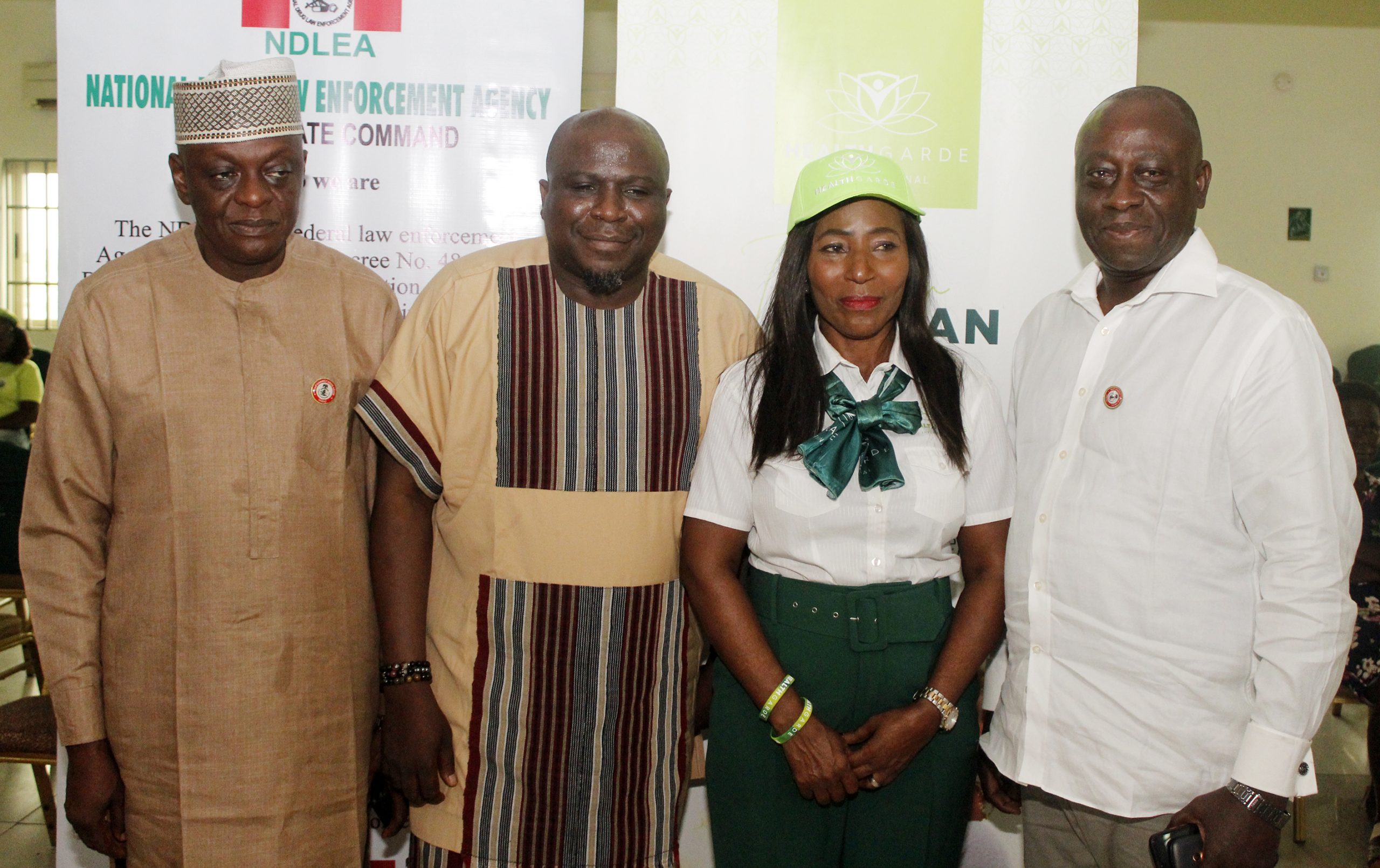 Known for his brutal forthrightness, when he isn’t joking for money, star comedian Gbenga Adeyinka has told representatives of the National Drug Law Enforcement Agency (NDLEA) in no uncertain terms that the fastest way to deter celebrities from misleading young Nigerian youths into drug abuse on social media is to arrest and jail them once they have evidence.

The very successful comedy merchant was speaking Friday, July 15 in Ikeja, Lagos venue of an NDLEA Celebrity Drug-Free Club confab occasioned by the NDLEA in collaboration with wellness firm, HealthGarde International as sponsor, to mark the United Nations International Day Against Drug Abuse and Illicit Trafficking 2022.

The confab, an initiative of the Wilson Ighodalo-led NDLEA Celebrity Drug-Free Club, was a rallying point to address drug abuse challenges, especially among young Nigerians and to explore advocacy among celebrities through sensitization and enlightenment of the public to fight the growing menace.

Speaking on behalf of an array of entertainment stars, Adeyinka pointed out that the entertainment industry has a lot to do in terms of advocacy, especially among young Nigerians. He said, “NDLEA should arrest, prosecute and jail celebrities that use and abuse hard drugs, especially on social media because those are the areas where bad behaviour is becoming endemic.”

Adeyinka impressed the audience when he said, “There are a lot of us (celebrities) who are doing well and who don’t use hard drugs at all. I speak for myself, Alibaba, Kofi and a host of others. If NDLEA is serious about winning this fight against drug abuse, then they must arrest and jail erring celebrities who take to social media and show off their drug use habits thus misleading teeming Nigerian youths.”

He said, “One of the strategies of the new management of NDLEA is our all-out War Against Drug Abuse (WADA) to widen public awareness of drug abuse.”

CSP Gbenga Stephen, dressed in his weekend fatigues and representing the Lagos State Commissioner of Police said, “NDLEA is ensuring that drug abuse is curbed to the minimum and the Nigerian Police is also not left out in this effort.”

The National Coordinator, NDLEA Celebrity Drug-Free Club, Wilson Ighodalo offered some facts and figures on how abuse and the drug trade continue to run down the sanity and sobriety of the Nigerian youth.  He said, “Nigeria still remains a key hub of drug trafficking and cannabis remains the most abused drug in our country, and as a nation we must invest massively in health and community intervention amongst other things if we want to win this fight.”

The Deputy Commander, Drug Demand Reduction, NDLEA Lagos State Command, Eziaghighala Chinyerem explained that the prevalence of drug abuse amongst youths increases daily and so does the number of out-of-school children.

Eziaghighala said, “It is even more worrisome that the age of indulgence has come below 10 years with secondary students and primary pupils now doing hard drugs habitually and the growing numbers are alarming.”

The CEO, HealthGarde International, Lovelyn Nneka Nwarueze who also spoke at the confab highlighted the importance of quality drug usage. She advised the public to start caring about their general wellbeing and to always go for drugs made with 100 percent natural products.