‘How Nigeria lost $600 Billion to corruption since 1960’
Advertisement 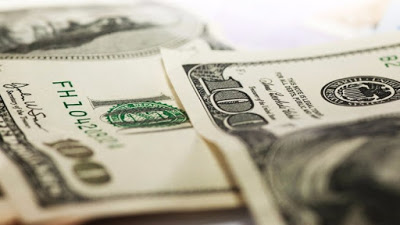 The Human and Environmental Development Agenda (HEDA), has said that Nigeria has lost about $600 billion to corruption from the time the country attained independence in 1960 to date.

Chairman, HEDA Resource Centre, Olanrewaju Suraju who made the disclosure in Abuja on Thursday, said the stolen funds were either kept abroad or invested in illicit assets.

“The funds stolen are about $600 billion dollars. That is our finding. This amount is enough to build a new country from the scratch and turn around the social, industrial and economic infrastructure to meet global standards”.

Suraju added that the stolen funds had been largely responsible for keeping Nigeria in the dark district of poverty and underdevelopment.

Also speaking at the event, a United Kingdom-based anti-corruption expert, Christian Erikson, said £1 trillion get laundered through the United Kingdom each year by international criminal cartels.

According to him, a large percentage of the funds were invested in about 87,000 properties in the UK, owned by anonymous individuals and groups of diverse nationalities.

Eriksson said the monies represented a huge chunk of public funds meant to service the essentials of life like housing, health, electricity and food security in developing countries, including Nigeria.

Another anti corruption expert, Nick Hildyard, urged Nigerians to acquire skills required in tracing and recovery of illicit funds and assets in different parts of the world.

Hildyard said with such initiatives, Nigerians on their own can track down stolen wealth and assets indicating who stole such funds and where they are being kept.

“The poor victims of corruption are the ones that lose their limps, their lives and their livelihood. It is time for us to rise and stop corruption to save Nigeria”, Shettima said.

In a remark, the Special Adviser to President Muhammadu Buhari on National Social Investment Programme, (NSIP) Mrs Maryam Uwais, said the Federal Government has in recent times intensified the campaign against corruption.

According to her, recovered looted funds have been ploughed back to help the extremely poor across the 36 states of the federation.

Uwais said reports from enumerators in the local governments indicated that over 90 percent of beneficiaries of the NSIP programme did not default in repaying what they collected.

This, she said, was an indicating that Nigeria is blessed with diligent people who are truthful and prepared to earn honest livin
The programme, with the theme; “Experts’ Training and Advocacy on Tracing and Recovery of Illicit Funds and Assets”, is part of the national anti-corruption mobilisation initiatives scheduled to hold across the country’s six geopolitical zones.

The Abuja training, which drew prominent experts from Europe and Nigeria was organised to empower Nigerian anti-corruption agencies, journalists and community based organisations to be able to trace and track illicit funds and stolen assets stashed in safe havens in different parts of the world.