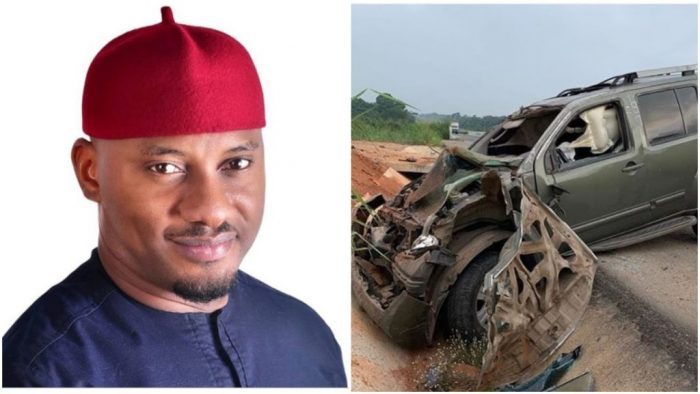 Nollywood actor, Yul Edochie is now a born again Christian after he survived an accident that could have claimed his life.

Edochie had on June 5, 2019 recounted how God saved him from a terrible accident that would have claimed his life.

The son of veteran movie star, Pete Edochie, revealed that he was travelling to the eastern part of the country while driving at 100-120km, and his car lost control.

However, Edochie, tweeted on Thursday that the incident that happened had made him to become born again and draw closer to God.

He said God gave him a second chance, saying that he is now a new man in Christ.

Edochie urged people not to wait for something bad to happen to them before giving their lives to Christ.

“Someone said to me ‘that accident really shook you’. Well that’s an understatement. Actually it resets my brain to factory setting.

“God gave me a second chance. I’m a new man in Christ now, I’m born again. Don’t wait till it happens to you, follow Christ today,” he said.

Also, Edochie said on his Instagram page that he was happy that he had found his calling ‘to win souls for Christ, spread love and heal the world’. Thank you Lord!”

Related Topics:accidentMovieYul Edochie
Up Next