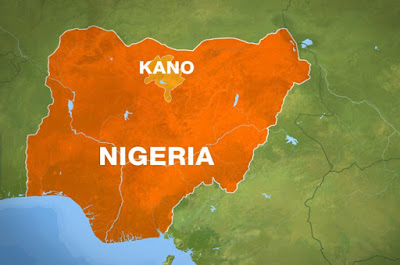 The police in Kano have rescued nine children kidnapped at different times in Kano and trafficked to Anambra State.

Speaking to reporters at the Bompai Police Headquarters on Saturday, the state Commissioner of Police, Mr. Ahmed Iliyasu, said the ring of the human traffickers, that have been operating for over five years in the ancient city of Kano, was smashed by the command’s tactical team and the Inspector General of Police Operation Puff adder, attached to the anti-kidnapping squad.

Iliyasu said the children are between the ages of two and 10 years who were kidnapped five years ago by a kidnapping gang led by Paul Owne (38) and his wife, Mercy Paul (38), residing at Dakata Quarters. The commissioner said that the two kidnappers were arrested while trying to take one of the kidnapped victims, Haruna Sagir Bako, to Onitsha in Anambra State. The victim, he said, was kidnapped last September on his way back from Islammiyya School at Yankaba Quarters.

According to him, “six suspects were arrested in connection with the kidnapping, buying, and selling of the children who were discovered in Onitsha, from Ebere Ogbodo (45), a teacher, at a school in Anambra State, who is the buyer and seller of trafficked human beings.” The police boss said that Usman Mohammed (5) was kidnapped and sold for N1.2 million, but, however, luck ran out of Paul and Mercy and other four kidnappers were apprehended.”

Speaking to reporters, Paul confessed to have committed the crime with five others, adding that he and his wife have been in the illicit job for over five years. According to him, “since I have been in this business, I have never trafficked a human for less than N300, 000. I regret my actions now and I am pleading for forgiveness because I have vowed not to go into this kind of business again.” Paul’s wife, Mercy, said she has been pleading with Paul to stop the business. “I am a divorcee. I met Paul few years ago and we got married. I have warned him severally over this business but he didn’t listen, look at where it has landed us now.”

Also, five kidnappers were apprehended in Bauchi State for kidnapping a two-year -old boy from Kano. According to him, “one Buhari Na ‘Ali aged 22, a neighbour to the complainant, was arrested in Ningi local government area of Bauchi State in connection with the abduction of one Abubakar Buhari, aged two-and-half years old, and the victim was rescued at School of Health Technology, Ningi. On interrogation, he confessed to have conspired with one Ibrahim Ahmed (20) of Sheka Quarters and Mubarak Gidare (23).

They were arrested while negotiating for the collection of the ransom of N160, 000. The police recovered N124, 700 from them. Other items recovered included 25 assorted types of assault rifles, five bags of Indian hemp, three bags containing live and expired 9.62 ammunition, as well as 22 stolen vehicles.

Related Topics:KanoMr. Ahmed Iliyasu
Up Next

Can a cabal that is against Aisha Buhari be for the president?

FG should recover looted wealth to fund the 2020 budget – Falana