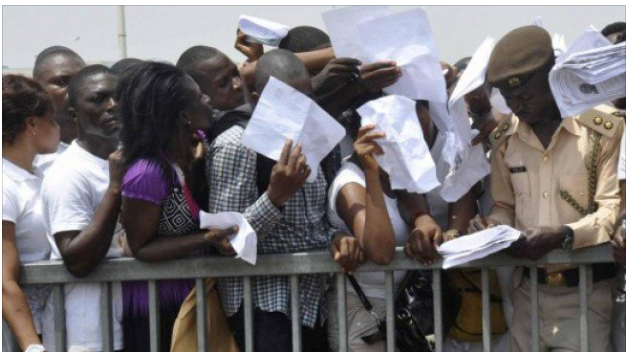 According to sources, Ngige said this while addressing journalists in Enugu state on Monday.

He also said although the federal government has introduced various measures to tackle unemployment.

He said measures like the N-Power scheme for university graduates are ad hoc procedures towards tackling unemployment but regretted that “it is like a drop of water in the ocean.”

“Unemployment is growing into a very vicious disease condition that has given rise to a lot of anti-social behaviour,” he was quoted as saying.

“And government is seriously worried because if we don’t confront unemployment head on with many measures which we are fashioning now, then the whole country will be consumed with social unrest.

“We are doing something, but I think what we are doing is not enough. Government has used diversification into agriculture to fight unemployment. Yes, it was successful where people agreed to turn themselves into farmers.

“We have employed through that process 500,000 people, about half a million. But we have those searching for white collar jobs in the neighbourhood of about 15 million.”

‘BOKO HARAM, BANDITRY ARE AS A RESULT OF UNEMPLOYMENT’

The minister lamented the consequences of unemployment which he said includes the Boko Haram insurgence as well as attacks by bandits.

Related Topics:Chris Ngige
Up Next

My father not arranging a new wife for Buhari, says Mamman Daura’s daughter