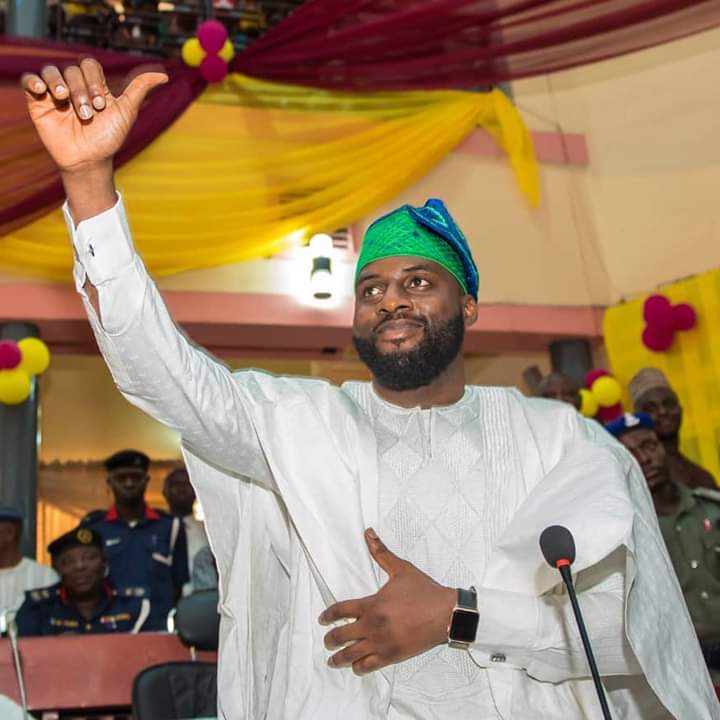 The Speaker of the Oyo State House of Assembly, Rt. Hon. Adebo Ogundoyin has said, it is the plan of the 9th assembly to unveil its legislative agenda immediately after resumption.
Ogundoyin said this today while addressing newsmen at the 28th year memorial anniversary of his late father, Chief Adeseun Ogundoyin held in his hometown, Eruwa.
The lawmakers who were inaugurated June 10, were to resume legislative activities fully 25th of June.
According to the 32year old speaker, the 9th assembly is ready to make significant contributions towards the development of the state through passing of quality bills and formulating policies that can improve the lives of the people.
He said, “So far, the 4th assembly is the most successful Oyo state parliament, considering the bills passed, policies initiated and other legislative achievements.
“We have the records, we have studied them and our goal as the 9th assembly is to break more grounds than the previous assemblies.
“Thus, to achieve this proposed fits, we know we have to hit the ground running, and we are doing this in harmony with the Executive arm, led by Governor Seyi Makinde.”
Speaking on the legacy of his late father, Chief Adeseun Ogundoyin, Adebo Ogundoyin noted that the late business mogul and philanthropist had engraved his name in history and can never be forgotten among his people.
According to him, his father’s legacy, which motivated his political ambitious has undoubted contributed to his fortune in politics.
“My late dad’s commitment to humanity motivated me to join politics, because I believe it is the biggest stage where lot of lives can be reached.
“It is obvious that we have to sustain, the late Chief’s humanity legacy. My mummy, Chief Mrs. Tina Ogundoyin is doing very well in that aspect and we the children too have joined her.
“I started my foundation sometimes ago and as a public office holder now, it is an opportunity to do more,” he added.
The late Chief Ogundoyin was a business mogul of global repute, and an applauded philanthropist whose records of developmental contribution to his people is unmatched, even decades after his death.