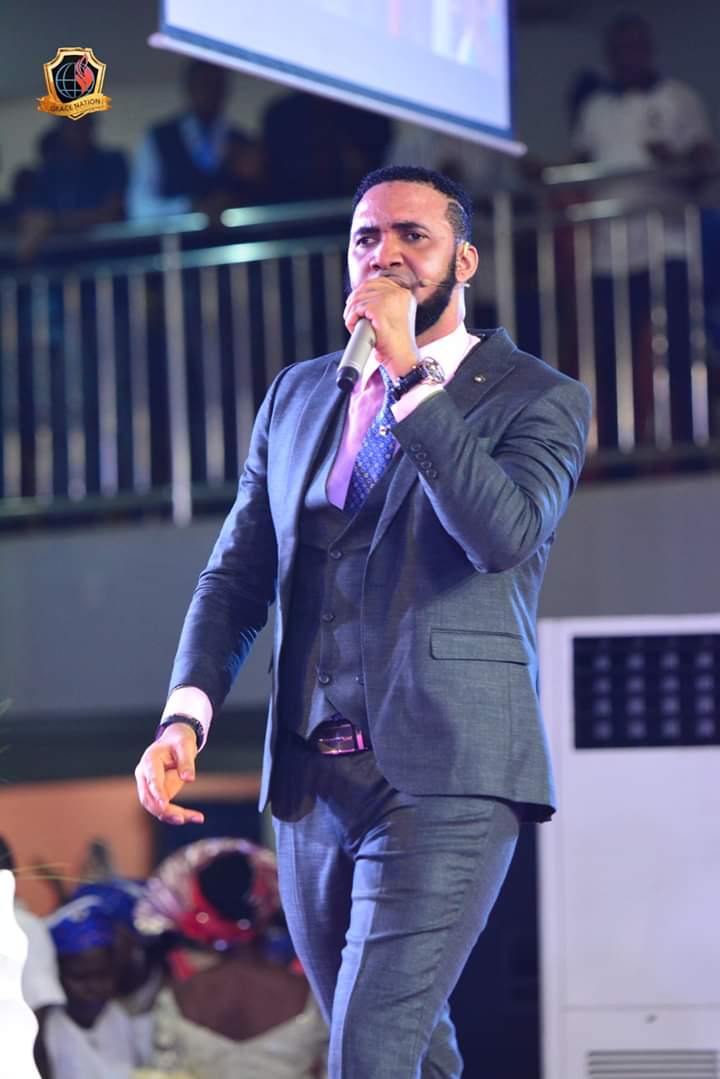 20th October 2019 will ever remain a date to remember for a woman named Mrs Bose who had been suffering from hand affliction after she was pushed from the bed she slept on, fell down and instantly her hand became very short, swollen and started paining her.

According to revelations through prophecy by the generational Prophet of God, Dr Chris Okafor, Pastor, Grace Nation worldwide, revealed that Mr Bose travelled to her husband village for a function, while at the village her mother in law accused her of causing misunderstanding between her and her son, the woman made an utterance that her son’s wife will surely be punished for it, revelation further says that same night she went to bed and alas in her dreams three woman appeared to her and pushed her down from the bed, and physically when she woke up she met her self on the floor, and since then she lost her hand and she has remain in pains for close to 5year.

Mrs Bose also confirmed that medically they could not trace what was wrong with her because test carried out on her revealed that she did not have bone in her hand, she said they have visited so many place seeking for solution to no avail until they were directed to Grace Nation saying that is the only place they can get solution to the problem.

While praying for the woman, the Oracle of God, Dr Chris Okafor unraveled all the miseries behind her predicament, the man of God Dr Okafor revealed that her bone is been kept at the witchraft coven, the clergy prayed for the woman and command her hand to return back, miraclelously the short fat hand began to grow, grow back to normal and back to former length.

In fact the miracle shook the entire church as members were shouting at the top of their voices chanting that Dr Chris Okafor is a Senior prophet of God, even the family of the woman were all full of praises saying the man of God has done what no one has ever done.

The mind blowing miracle that shakes the entire followers of Liberation Television resulted in other testimonies in the lives of Grace Nations members as some of the members that follow the program live phone in while the program lasted to give their own testimonies, so many other deliverance were recorded at the service.

The Sunday prophetic service which concided with the grand finale of the woman of Zion convention 2019, the generational prophet of God Dr Chris Okafor used the occasion to pray for all women across the world that took part in the convention through Liberation Television declared that by the next year edition every woman waiting for the Lord for the fruits of the womb will witness the next edition with their miracle babies.

In his sermon at the service with title; HOW TO ESTABLISHED A TRIBE GROUP/FELLOWSHIP IN A CHURCH, the man of God remarked that there are lots of benefits one derives if he or she is a functional member of a group in a church, Dr Chris Okafor explained further that every group you belong to, God uses what you contribute to bless you in different ways.

It will be recalled that Dr Chris OKAFOR is known for his accurate prophecies and deliverance, just few days ago he delivered a woman who was afflicted with sickness and cannot walk again, she was brought to the church with a wheelchair and after prayer and delivering her she walked with her legs back home all to the glory of God.

K1 Arrives London For The Much Publicised Concert