When You Find Yourself in a Bad Marriage, Leave -Daddy Freeze Speaks on his First Divorce
Advertisement 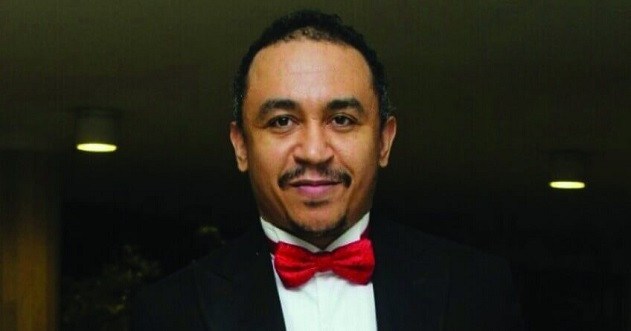 Controversial on-air personality, Daddy Freeze has opened up on why his first marriage failed, which led to a divorce.

Daddy Freeze, who was reacting to a story about a lady who was killed by her husband, weeks after telling people to make their marriage work, said people did not have to be married to be blessed or to be happy.

He said he learnt this when his first marriage failed and that after the first two weeks of being alone, he realised how much happier he was.

“I learnt all these when my first marriage failed and after the first 2 weeks of me being alone, I realized how much happier I truly was.

“With my rib, @tastebudzng I find it so effortless, she immediately understood my purpose and set out to help me become the best me,” he wrote on his Instagram page.

According to Daddy Freeze, “I could never ever have carried the #FreeNation mantle without her support and understanding in every ramification.

“The greatest lesson I learnt from my failed first marriage is; although as humans we make mistakes, we don’t have to be forced to live with all of them.

“When you make the mistake of choosing the wrong partner, and find yourself in a bad marriage, leave.”