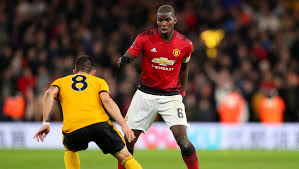 WOLVES
Wolverhampton Wanderers
Wolves confounded expectations during their first season back in the top flight since 2011-12 by finishing seventh in the Premier League table, just nine points behind United and qualifying for the Europa League in the process.

Under Nuno, this Wolves team can make life uncomfortable for anybody, such is the sheer speed and precise organisation with which they move up the pitch in swift counter-attacking fashion, with the brilliant Ruben Neves serving as the side’s smooth axis between defence and attack.

The Midlands side adopt a high-pressing but fluid 3-5-2 formation, reverting to a 5-3-2 model in defence and almost a 3-4-3 system when breaking on opponents, and this level of systemic organisation combined with raw energy has proven to be a sticking point for top teams.

Indeed, last season saw Wolves claim home wins over United, Arsenal and Liverpool, securing draws with Manchester City and Chelsea as well. Crystal Palace, all the way back on January 2, were the last team to claim three points at the Molineux.

They will be buoyed by a positive pre-season, during which they thrashed Newcastle United and notably beat Manchester City on penalties in the Asia Cup, and have more recently progressed in Europe by claiming comfortable Europa League qualifying wins over Crusaders and FC Pyunik to set up a tantalising playoff with Torino, with the first-leg taking place in Turin next week.

Should they get past Torino, the Wanderers will be guaranteed to play 12 games in Europe this season having not played continental football since 1981, posing a new challenge to manager Nuno, whose high-intensity style may suffer as a result of the extra workload.

Domestically, Wolves endured a frustrating opening day 0-0 draw with Leicester City which was overshadowed by VAR cancelling out a goal from Leander Dendoncker in the second half.

Nuno complained after the game that the delay caused by waiting for the referee’s decision precluded supporters from fully embracing their team scoring a goal.

Nonetheless, Wolves head into their opening home league game full of confidence and convinced that their packed midfield and onrushing wing-backs can pose further problems to a United midfield that was not added to over the summer and which is, at times, far too static in games such as these.

The Red Devils endured a nightmare end to last season, managing just two wins from their final nine games as Solskjaer’s men ran out of steam and direction following an impressive resurgence between late December and March.

However, United’s response over the summer has been perfect, winning all six of their pre-season games before producing the result of the opening Premier League weekend by thumping Chelsea 4-0 at the Theatre of Dreams in Frank Lampard’s first game as Blues boss.

While their first-half performance was at times too ponderous and inefficient in the final third, the way United came out after the break and blew Chelsea away with a flurry of ruthless, rapid counter-attacking football sent a strong message to the Premier League.

Moreover, United’s newfound strategy of a fluid front three and pressing from the front, winning the ball in key areas like they did for Marcus Rashford’s second goal, was a nod towards how Solskjaer wants to turn an often pedestrian team into a younger, hungrier and more energetic group of players.

The Norwegian boss will also be pleased to see how well his new signings have settled in. Aaron Wan-Bissaka and Harry Maguire, signed for a combined fee of £130m, both looked perfectly at home at right-back and central defence respectively, with the latter being named man of the match, while Daniel James enjoyed a dream debut from the bench, adding United’s fourth minutes after coming on.

That said, for all the recent positivity surrounding the United camp this week, those players will be aware of just how problematic that Wolves side can be when possession is surrendered in midfield – an area where the home side possess greater efficiency.

Solskjaer, whose use of Nemanja Matic in the defensive midfield role on both visits to the Molineux last season was a strategic disaster, must place a strong emphasis on how to steer the midfield battle in United’s favour if they are to claim their first away win since that famous victory over Paris Saint-Germain in March.

Head To Head
Perhaps one of Wolves’ key strengths heading into this game is a psychological one having outplayed United on three out of three occasions last season.

Having claimed a 1-1 draw at Old Trafford in September, Wolves picked up a pair of home wins – first in the FA Cup quarter-finals and then the Premier League – over United in the space of a few weeks, dominating Solskjaer’s men by simply playing at a higher tempo.

You would have to go back seven years for the next previous meeting between Wolves and United, which saw the latter claim a thumping 5-0 win at the Molineux under very different circumstances, with the Red Devils chasing a league title under Sir Alex Ferguson and Wolves heading for relegation that season.