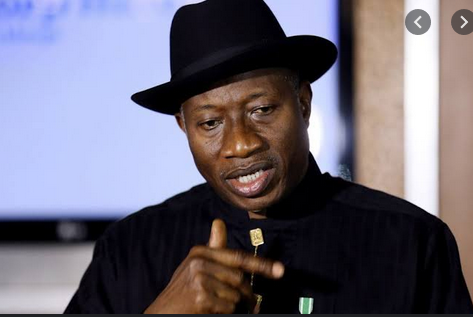 According to him, after God is Jonathan, saying he was a great man and not an ethnic bigot.

The governor spoke at the weekend in Abuja during a meeting of the Reconciliation Committee and Campaign Councils for Kogi and Bayelsa governorship elections scheduled for November 16.

“The former president is not only my boss but my mentor. As far as I am concerned, after God is President Jonathan”, he said.

“I am happy the party has sown the seed of reconciliation. The key to the success of Bayelsa is reconciliation. I will never accept any exercise that will demean and put the former president on the other side.

“I am accepting this assignment because he has asked me to do it too, after the party. That means the issue of reconciliation is half done in Bayelsa.

“I have never asked him for anything and said ‘no’. And you know how he suffered in silence and in melancholy in Bayelsa. And today, I know him, he will definitely say yes.

“Because as a former president who brought transformation to Nigeria, and who brought me out from a different zone to be the Minister of the FCT, and who has deepened the provision of leadership without sentiment.

“I don’t think he will agree, for whatever he has suffered for, to allow Bayelsa go the other way

“Mr chairman, I am taking this responsibility with the seriousness and energy that it deserves. We will go our members to strategize and to plan. Politics is not a joke.