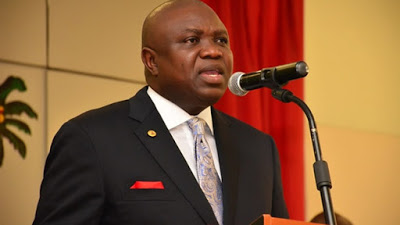 Olusegun Banjo, a former commissioner for economic planning and budget in Lagos, says Akinwunmi Ambode, former governor of the state, did not involve members of his cabinet in the purchase of 820 buses.

Banjo made the allegation during his appearance before the committee set up by the state house of assembly to probe Ambode and four ex-commissioners.

The state assembly had threatened to issue a warrant for the arrest of the former governor and some ex-commissioners.

This followed two preliminary reports presented by two committees set up to investigate the purchase of the buses.

Ambode who was expected to appear before the 16-man committee on Tuesday did not show up. The three other former commissioners also failed to appear, but wrote to the assembly that they were out of the country.

Banjo alleged that the former governor ignored the procurement tradition he met on the ground, saying Ambode’s administration “was not transparent” and that “a lot of things could be done without the knowledge of the commissioners”.

“The way the ministry was structured (under Ambode), it did not allow us to function well,” he said.

“The N24bn did not come to my ministry. We didn’t have a running system. As a commissioner, I could not approve one naira. All the MDAs approached the governor directly.

“I don’t know what happens to unbudgeted funds when it comes because the ministry of finance does not inform my ministry; we don’t have a running system.”

But when Shukrat Umar, accountant-general of the state, was asked if the budget for the purchase of the buses was approved by the state executive council, she said: “The state treasury office acted on exco’s approval.”

“The buses were in line with exco’s approval. I would not know whether the Paris refund club was discussed or not.”

Mudashiru Obasa, speaker of the assembly, said the house would invite the former governor through a newspaper publication.

Obasa said if the ex-governor failed to show up then, the assembly would have no choice than to issue a warrant for his arrest.

Democracy is NOT for sale, INEC warns vote buyers