Democracy is NOT for sale, INEC warns vote buyers
Advertisement 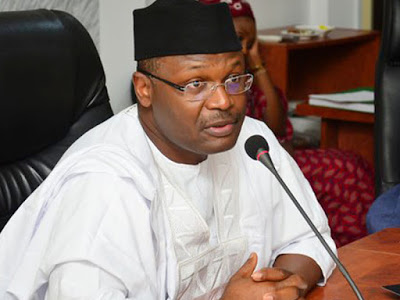 Mahmood Yakubu, chairman of the Independent National Electoral Commission (INEC), has warned against vote buying in the forthcoming election in Bayelsa state.

Speaking during the commission’s meeting with Bayelsa traditional rulers on Tuesday, Yakubu described vote buying as selling Nigeria’s democracy in the open market.

Nigeria’s elections have always been marred by vote buying, from state governorship elections to the recent general election.

At the meeting held in Yenagoa, Bayelsa state capital, Yakubu said vote buying is one of the major challenges the commission faces during elections in the state.

He said: “Our first concern is the actions and utterances that are likely to lead to the breach of peace during the campaign, during voting on election day and during the collation of results.

“Another challenge is the recurring problem of vote buying. Our democracy cannot be on sale on the open market; citizens should be allowed to choose whoever they wish to vote for on election day without inducement.

“We are confident that with your support, we will continue to stem this ugly trend of vote buying at polling units on election day.

“We shall maintain our neutrality as umpires; INEC is not a political party. INEC has no candidate in the governorship election. The choice of who becomes the next governor rests entirely in the hands of the people of Bayelsa state.”

‘BAYELSA NOT AN EASY STATE TO CONDUCT ELECTIONS’

Yakubu, who was accompanied by senior officials of INEC, also said Bayelsa is usually a tough terrain for the conduct of elections.

“In 2015, out of the eight LGAs in Bayelsa, we conducted elections conclusively and made declaration of results only in one LGA,” he said.

“I am sure that with your support, the whole of Bayelsa will become and that elections will be completed peacefully on first ballot.”

In his remarks, Alfred Diete-Spiff, chairman of the traditional rulers, expressed concerns over the presence of the military in the state during the general election as well as the high number of internally displaced persons in some parts of the state.

He said: “During the last elections, some things were disturbing. The military presence was too much and they were not only brought here by one or two candidates and were used, they also eliminated one or two persons after the election.

“You will need to appeal to the army in particular to try and contain their men so that they will not go off the handle and scare people out of the polling units and also harm them.”