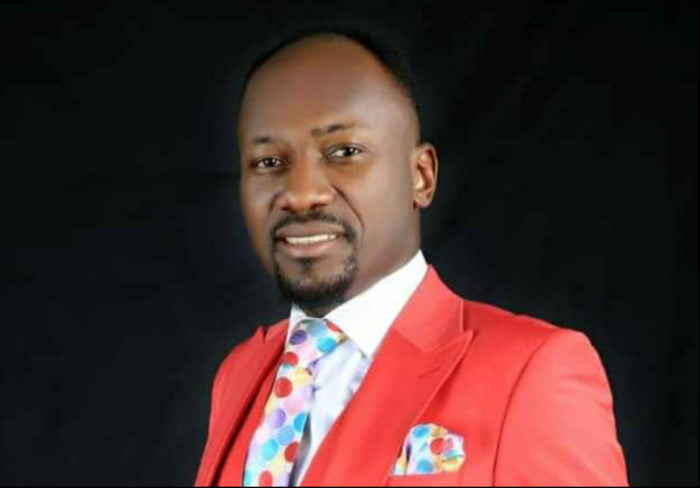 Giving is one of the most heart-expanding and exhilarating feelings. Being able to give, according to a famous servant of God, Apostle (Prof.) Johnson Suleman, drives the giver to create more and earn more.

Recently, some lucky Nigerians had the pleasure of experiencing a moving example of unconditional giving by the Edo State, Nigerian born senior pastor of the Omega Fire Ministries (OFM) worldwide when, via his Twitter handle, he launched a one thousand US Dollars per head giveaway scheme in a most exceptionally simple manner. The cleric had offered the sum of 1,000 US Dollars to each of his Twitter follower who could best give the best answer on proven ways to sustain an enterprise with a limited amount of money.

Lucky winners, including mere witnesses, have continued to shower praises on Suleman for the show of kindness which is believed to be rare among pastors. According to one of the winners, Mazi Obinna, the cleric’s simply was “an act of happily giving out a treasured possession to a fellow receiving it with joy”.

“There is absolutely no shortage of opportunities to give,” Apostle Suleman had said in a 2016 interview with journalists when asked about the goal behind his passion for giving. “Give wherever you receive spiritual nourishment or where you get inspiration or to a cause you believe in. I feel fulfilled by giving. I feel fulfilled by giving my all, by giving massive value in everything I do and trusting that by giving, more will always flow in and there always will be enough to give more”, he had declared.

As a typical God’s servant who lives what he preaches, Apostle Suleman, in the wake of the xenophobic attacks on Nigerians working in South Africa, had stood tall among his peers in the Vineyard of God when he offered free flight tickets to 900 stranded Nigerians who wished to leave South Africa in the heat of the crisis.

Suleman’s ministry, in spite of government’s apparent indifference on caring for its subjects, has a solid programme that covers many areas of needs of the people, especially in the church. Also, the cleric’s personal charity project, ‘Touch of Love’, has an elaborate programme on corporate social responsibilities in various areas of human endeavors.

“The church is established to continue the work Jesus Christ started and to walk in His footsteps. The church, by its very nature, is a people-centred institution and should naturally care for people in the community from where it draws its membership. Therefore, we won’t stop giving and sharing because giving back demonstrates our faith in God. We give to show our deference to the Lord,” notes the firebrand preacher.