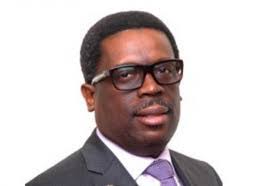 Director General of the National Lottery Commission, Lanre Gbajabiamila has broken record for presenting a one-page 2020 budget proposal for the Commission.

His presentation on Thursday at the Senate Committee on Special duties irked members of the Committee headed by Senator Yusuf Yusuf who described him as “one of the most unserious Director Generals of a strategic agency of government”, that was supposed to generate huge revenues for government.

Senator Yusuf Yusuf also came hard on Gbajabiamila who couldn’t explain how to prepare budget of agency of government.

“You mean, you sent one page budget to us? This is unacceptable. This is not how to prepare budget and you are not serious for not knowing how to do this”, Yusuf Yusuf said.

In his submission, the Director General disclosed that the revenue of the National Lottery Commission had increased from N500 million to N1.5 billion annually, adding that they were ready to grow the revenue if some challenges of the agency were addressed.

He added that the Commission by its own law was supposed to remit 20% to the National Lottery Trust Fund (NLTF).

Senator Ibrahim Kashim Shettima, member and former governor of Borno State asked if the Commission was religiously remitting to the Trust Fund as required.

Gbajabiamila, however, explained how he remitted N250 million instead of N1.4 billion, a situation that didn’t go well with Senators who tasked him to recover all government revenues, saying that they wouldn’t tolerate loss of revenues in this present administration.