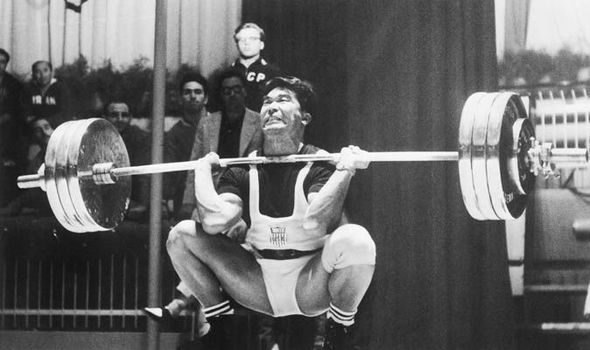 There is a chance that not many people, outside Olympic historians, have ever heard the name Tommy Kono.

Google Doogle is making sure that never happens again and that he is always remembered.

On Sunday, Google honored Kono on what would have been his 91st birthday with a Doodle animation depicting the clean and jerk, one of the more common weightlifting exercises.

Kono was held in an internment camp during World War II at the age of 12, one of more than 100,000 Japanese-Americans who were forced from their homes and held during the conflict.

He was released from the camp and drafted into the United States Army in 1950.

In this May 17, 1958, file photo, Tommy Kono, of the United States, competes in a weightlifting match between the U.S. team and a visiting Russian team in New York.
Kono, who is considered one the greatest weightlifters of all time, won two Olympic gold medals at the 1952 Summer Olympics in Helsinki and 1956 games in Melbourne and also has three Mr. Universe titles. He added a silver medal during the 1960 Olympics in Rome.