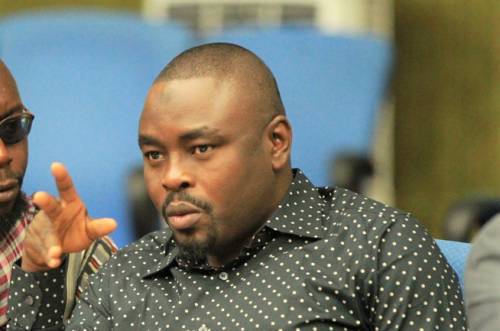 The Human and Environmental Development Agenda (HEDA) has called for a thorough investigation into widespread allegations of improper recruitment into the Petroleum Services Equalisation Fund.

The anti-corruption group cited the recruitment of one Ahmed Aminu Said into the services even though he was a youth corps member as of the time of his appointment in 2004.

HEDA expressed fears that the case of Said might be a trend, the rule rather than the exception, adding that there are likely similar recruitments that undermine ethics and best standards in labour relations

In a protest letter signed by HEDA Chairman, Olanrewaju Suraju, addressed to the Head of Civil Services of the Federation and copied to President Muhammadu Buhari, the group said in July 2004, Said was given statutory employment while still undergoing the National Youth Service Corps (NYSC) program due for completion in September of that year.

The group wants a thorough probe of what it called “a potential string of anomalies” in the employment of workers into the civil service and possibly other federal government parastatals.

“Recruitments of people that do not possess the minimum requirements aids corruption and incompetence. It undermines principles of justice and distorts the moral fabric of the civil service workforce expected to be the pivots of government’s national policies,”  HEDA wrote in the petition.

See also  UBA on a winning streak; Gets double recognition as best CSR Company in support of Education

It also asked the Head of Civil Services of the Federation to pull the veil off a potentially corrupt system that “will in the long run fuel incompetence, godfatherism, harm good governance and transparency in public administration.”

HEDA said media reports by TheCable newspaper had indicated that Said graduated from Abubakar Tafawa Balewa University (ATBU) in Bauchi and that he proceeded for the NYSC exercise on September 8, 2003.

HEDA also attached to the petition the discharge certificate allegedly belonging to Said with Certificate No. A879916 and completion date September 7, 2004 and an offer of employment dated July 22, 2004 with reference no. PEF/C/123/S.3.

The Media report, wrote HEDA, yet to be denied indicated that Said, who was to be confirmed after two years of probationary period, was granted study leave to obtain master’s degree in computer and network engineering at the Sheffield Hallam University UK, while still under probation with fully paid leave allowance during the study leave.

This is a benefit exclusively reserved for employee confirmed after their probationary period and HEDA said the recruitment violated the National Youth Service Corps Act, 2004.

“Section 12 of the Act  states that it shall be the duty of every prospective employer to demand and obtain from any person who claims to have obtained his first degree at the end of the academic year 1973-74 or, as the case may be, at the end of any subsequent academic year. The section also stated that a copy of the Certificate of National Service of such person issued pursuant to section 11 of the Act and that  it shall also be the duty of every employer to produce on demand to a police officer, not below the rank of an assistant superintendent of Police, any such certificate and particulars or copies thereof among other legal requirements in the Act,” it stated.

HEDA added: “The law is very clear on the production of the discharge or exemption certificate to employers before employment can take place and from the allegation in the report under reference, it was alleged that the said Abdul was employed without production of his discharge certificate.”

The anti-graft agency noted that the dates on the letter of employment and NYSC discharge certificate were clear indications of the allegations.

Courage In The Face Of Terror By Abayomi Ogunsanya