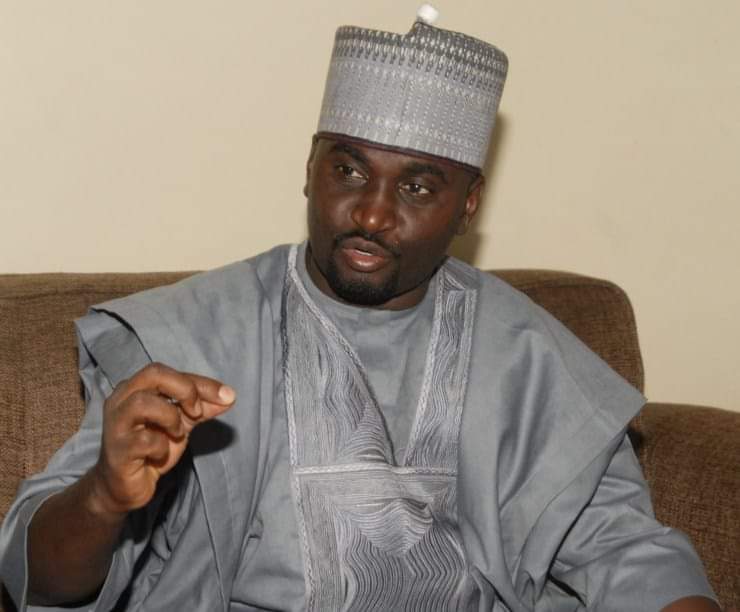 Barrister Muhammad Bello Mustapha, a chieftain of the All Progressives Congress APC and 2011 Taraba State Gubernatorial Candidate of the then Congress for Progressive Change CPC has urged the leadership of the party to act fast in filling the vacant position of its National Secretary.

Particularly, he called on the Adams Oshiomhole-led National Working Committee to ensure fairness and follow due process in appointing a national scribe the fill the vacant position.
According to him, the position has been vacant for more than six months, a development which he described as alien to the party constitution.
Mustapha, who was a former National Youth leader of the Buhari Organization (TBO) that gave birth to the defunct Congress for Progressive Change and core supporter of President Muhammadu Buhari since 2003, made the call during a press briefing recently.
He noted that the party needs to appoint a capable person to man the position to ensure wider acceptability of the APC across board.
Mustapha, who is also vying for the position being the runner up in the last APC convention to the former National Scribe, Mai Mala Buni, who is now the Governor of Yobe State, said: “It is more than six months since Hon Mai Mala Buni resigned in accordance with our Party’s Constitution to contest Yobe Governorship 2019, our party rule says the position can be manned by his former deputy in an acting capacity not more than six months. So, it is high time the party, particularly the NWC do the right thing to allow the party move forward and get wide range acceptability among Nigerians. That is my appeal to all and sundry.”
When asked on what he will do differently if appointed as the National Secretary of the party, he said: “I can assure you that the party and the people of this country will witness tremendous success. The records are there. In 2003, I was appointed by the Presidential Campaign Council of ANPP as the returning officer in Adamawa State and Adamu Modibbo was there when I was appointed the Returning Officer, former Vice President Atiku Abubakar, was the sitting VP then and Adamu Muazu Modibbo was the party gubernatorial candidate in Adamawa. We won the elections but we were denied victory, the records are there. And there was nothing the PDP did not engage in to buy our conscience, myself and the gubernatorial candidate but they failed to achieve that.

“We stood our ground, we even defeated the sitting Vice President, Atiku Abubakar, in his own polling unit in Adamawa and President Buhari defeated the then President Olusegun Obasanjo in Adamawa in a landslide victory.
“After the elections, I was detained more than twenty times by the then IGP Tafa Balogun. There was nothing the security agencies, particularly the police did not do to subvert the interest of the people and cajoled me into leaving what is right but I refused, I remained myself and until today, I remained myself.

”Also when it comes to transparency, Hon Tony Nwoye can attest to the fact that I conducted the freest, fairest, most Credible and acceptable Conversation in the history of National Association of Nigerian Students (NANS) that saw his emergence as President. I was later awarded the prestigious Role Model of Nigerian Students award for that feet.

“So, with these little facts I have given you, the party can be rest assured that if given this appointment as the national secretary, which I fully deserved in the first place, because by the laws and regulations of the party, I am still the runner up with the requirement to be appointed. I will ensure everybody are carried along and try to mend fences in bringing back aggrieved members of the party and unite everyone to forge an unbreakable bond in elevating the party to enviable status.”

See also  Cross River Should not be known for Carnival Alone-Actor, Chris Bassey
Related Topics:
Up Next