RE: NIGERIA ON THE VERGE OF BANKRUPTCY: EMIR OF KANO MEANT WELL FOR NIGERIA
Advertisement 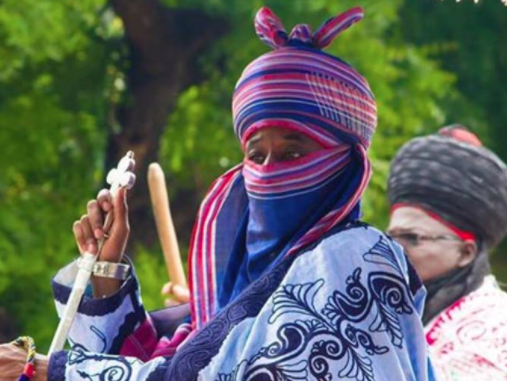 The attention of the office of the Accountant General of the Federation has been drawn to a statement credited to the Emir of Kano, HRM MUHAMMADU SANUSI II, saying, ” Nigeria on the verge of bankruptcy,” The Nation and other Newspapers online reports on Tuesday, 25th June 2019, published this story on their online media, claiming that the Emir declared that Nigeria is on the threshold of bankruptcy, following unfavorable economic policies, such as subsidizing Petroleum products and Electricity tar riffs.

According to Henshaw Ogubike, Deputy Director, Press and Public Relations, Office of the Accountant General of the Federation, ‘’This is not TRUE, as the respected Emir was only advising Government to consider gradual withdrawal of subsidy on Petroleum products and Electricity tariffs to enable the Government   have resources for infrastructure, Education and Health care. The Royal father was quoted out of context. We therefore hasten to call on the general public to disregard these on-line misrepresentations of facts.’’

In addition, the Emir suggested the way forward to Government by advising the present administration to take a second look at the issue of subsidy, that Nigerians deserve and expect transparency and accountability in the management of the nation’s Treasury.The Emir further advised that government should look at the components of petroleum products and do the needful.

See also  Quadri Olowolagba Escape Death, As He Was Involved In fatal Accident
Related Topics:
Up Next