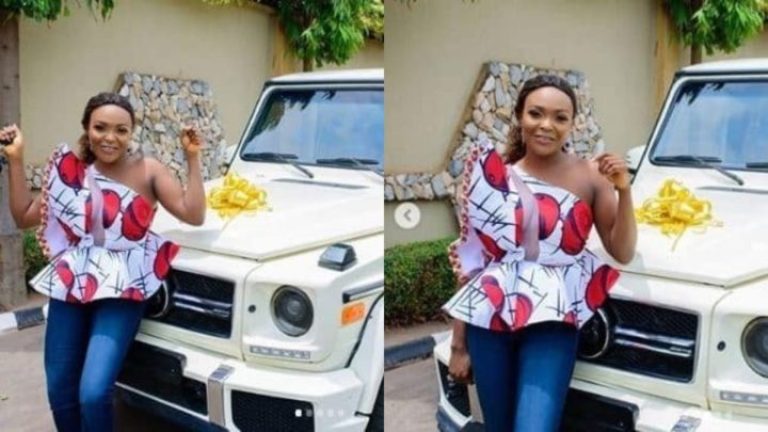 Disgraced Instagram relationship blogger, Blessing Okoro has penned an apology after she was paraded for claiming a billionaire’s house as hers.

“Hey lovers.. I know it has been crazy lately and I am sincerely sorry.. I take responsibility for everything.. I hate that I had to put my friends and everyone else who looked up to me in this position.. Like everyone else I had goals set up for the year and one of them was to finish my house before my 30th birthday and it was a resolution I had layed out in public but because of certain reasons I couldn’t meet up the dead line and that put me under a mental pressure for success..I was impatient which led to beating myself too hard and I could have done better..

I AM REALLY SORRY I LET YOU ALL DOWN…I know better now.. I know not to go ahead of my victory and have small wins celebration.. Here’s to everyone under any sort of pressure.. I had to experience a major meltdown to learn that patience is virtue.. Its only going to take a little time but the lines will eventually fall in pleasant places.. And for the incessant calls and text messages from my loved ones that were terrified seeing me on cuffs I was never arrested or detained and no police officers was associated with the act. it was their best form of proving a point.. But i am grateful to everyone who stood by me, I hope you still find a place in your heart to forgive ,love me and accept me as the crazy happy girl you have always loved .

Thanks for not giving up on me entirely… “

If you recall, on her 30th birthday, she posted a photo in a completed mansion, revealing 7 years ago, her ex-husband threw her out of their one bedroom apartment and now she has built a mansion with the stones thrown at her .

When friends of the real owner of the house ,”Onyeze China”sent the photos to him ,he confirmed that was his house but didn’t take the matter seriously .

Then to cover up her lies, she went on Instagram Live,still claiming it was her house and even insulted the real owner .

Then when fans dared her to share more photos of the house if it was truly hers,she went there again and took more photos before she was caught by the owner .

She apologized with her mum and he told her to go on Live and reveal the truth .

The real owner of the house

He was however infuriated when she took the opportunity to record a live video all over the house alluding to the fact she won’t be there if she didn’t own it .

An hour later,she was filmed in handcuffs on her knees as she confessed she lied about the house .

She was forced to say it on her Instagram live .

Following the public disgrace ,she went underground for a few days ,deleted all photos alluding to the house .She also penned an apology on Instagram today ,claiming she lied because she was under mental pressure.She claims she has her own house which is uncompleted .

Fans are still dragging her as they accuse her of lying yet again and say there is no house .

They also told her to confess she lied about buying a Mercedes Benz and Brabus in 2018.