WHO IS AFTER WALE TINUBU?
Advertisement 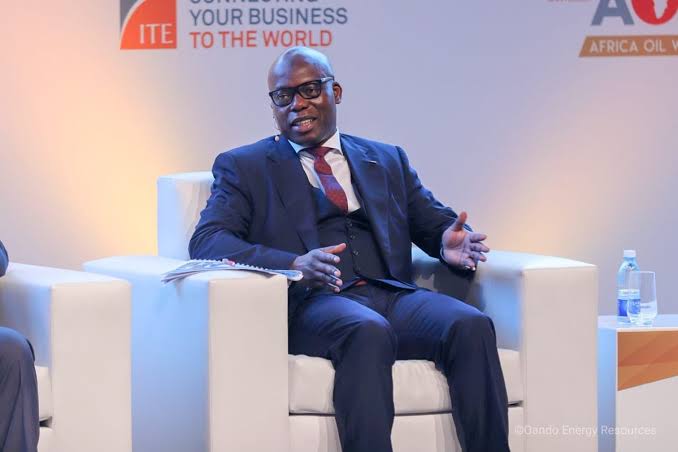 Jubril Adewale Tinubu Group Chief Executive officer, Oando Plc  is a shrewd businessman.
Since the Oil and gas giant boss started out as a businessman, he has always turned away from anything that can drag his name into disrepute.
His family knows he detests negative publicity. His friends even say he is genteel and gentlemanly. So also his business associates love him for being business-minded.
It was revealed that the billionaire has proven to the world and those who believe in him that he is, indeed, a man who does his business with open mind and with no skeleton in his compound
Perhaps, this explains the shock being expressed by his ardent admirers  especially members of the business community were shocked last week Friday when Security Exchange Commission, SEC came out with the press release many described as the most draconian order of the century as the regulatory body ordered  Tinubu and his deputy Omamofe Boyo’s immediate resignation from the leading oil firm over alleged infractions and bridging of stipulated rules of SEC. This was stating in a syndicated press release, also announced an interim management board which will convene a special general meeting of shareholders, where new management board will be selected and inaugurated.
However the severity of the penalties and the timing of the release has roused public curiosity as to the motive and the basis for the penalties.
As revealed the trained lawyer claimed he was  not given a chance to review and respond to the outcome of the report.
‘’You do not sentence a person to death without giving him or her a chance to defend him or herself. In this instance we have been sentenced to death without knowing what our crime is or being given a chance to defend ourselves. At the barest minimum, best practice requires that you give the person a chance of a fair hearing. We have not been accorded this opportunity.” It was added.
Also the Lagos state born billionaire’s had a sigh of relief when the Federal High Court restrained SEC from further action against the company he sweat to  build from the scratch.
Oil mogul has always proves his vast experience in business with uncommon brilliance and wizardry. So, when he promised Oando shareholders at the beginning of 2018 that; he would move the leading Oil and Gas company to an an enviable height, many did not doubt his competence.
He always deliver far above expectation and today, he has not only fulfilled his promise, he has lifted Oando far above its competitors.