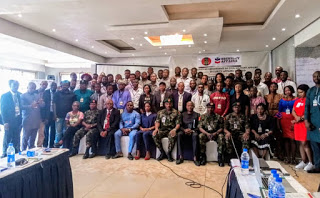 The Nigerian Army on Monday said fake news and hate speech were affecting the battle against insurgency.

The Chief of Civil-Military Affairs, Maj.-Gen. Usman Mohammed, described the social media as a dangerous weapon used to influence and shape the opinions of citizens, which, according to him, had a critical outcome in the battle being fought.

He said, “It is very obvious that what you say, the way you say it and how it spreads have far-reaching implications that most of us are aware of. We all have the power to positively influence the security architecture of this great nation with the right desire, particularly with the dominance of fake news and hate speeches.

“We are very much aware of the power of the cyberspace and modern wars are fought using the cyberspace and the social media acting as dangerous weapons which have the capability of influencing and shaping the opinions of people, thereby having a critical outcome in the battle being fought.

“Presently, there are too many narratives about the security architecture of the country but we all have important roles to play in ensuring peace and security in this country through the spread of right information and correct narratives.”

A retired military intelligence officer, Colonel Ola Majeoyegbe, urged Nigerians to support the army in the fight against insurgency, stressing that with the support of Nigerians, the troops would perform well.

“The army recognised that no army can be successful in battle if they do not have the support of the civil populace. If you support the army, they will perform very well but if you don’t support them, they are not likely to win,” he said,