Kogi 2019: I have an agenda for greater Kogi -  Babatunde Irukera
Advertisement 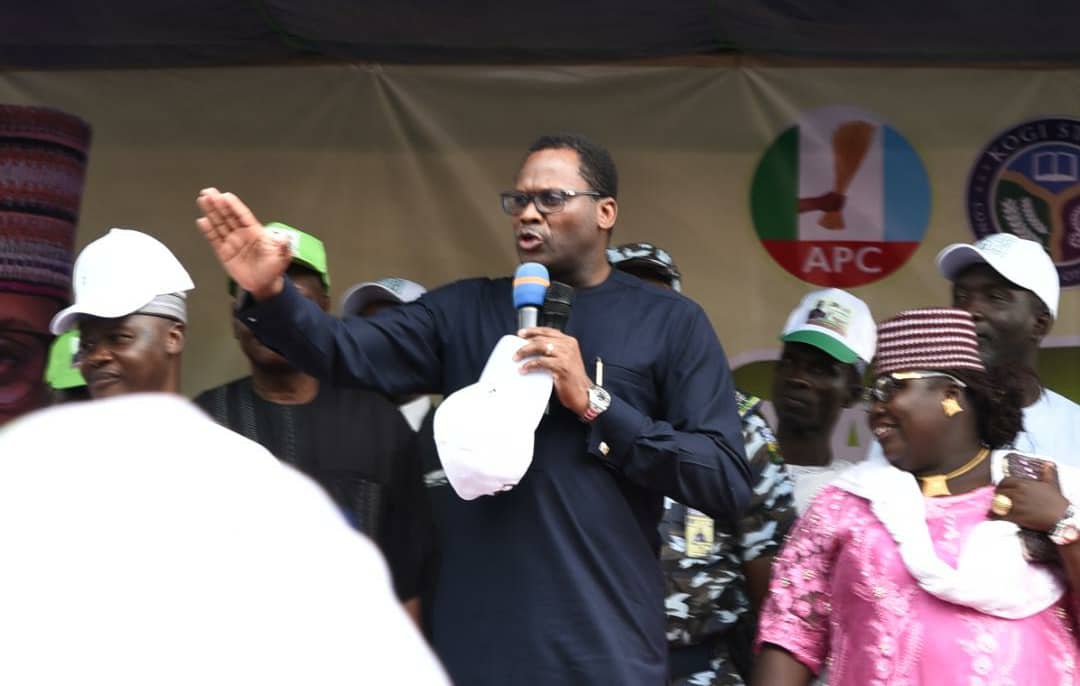 A governorship aspirant on the platform of the All Progressives Congress (APC) for the forthcoming Kogi Governorship Election Dr Tunde Irukera, has an agenda to make the state greater if elected, saying the state need urgent help to save it from its current from socio-economic woes.
Speaking during   during his official declaration and inauguration of his local government campaign team, at the Weekend in Lokoja, Irukera said his vision and agenda would bring development to all ethnic groups in the state
“l have a vision of greater Kogi, you as an individual must be great, I have an Igala agenda, I have an Okun agenda, I have an Egbira agenda, but for the vision to become reality there must be mission which is for you to deliver me.” He said.

Governorship aspirant on the platform of the All Progressives Congress (APC) for the forthcoming Kogi Governorship Election, Dr. Babatunde Irukera, His Campaign coordinators for the 21 local government areas in the state, Hon. Ahmed Imam and APC State Women Leader, Hajia Fatima Allah-Dey, during the Babatunde’s official declaration and inauguration of his campaign team, at the Weekend in Kogi state.

The Director General Federal Competition and Consumer Protection Commission (FCCPC) said he planned to emancipate Kogi state from socio-economic woes through his HELP Agenda, and restore power back to the people purposeful and people-oriented leadership.
The aspirant said his mission in the governorship race was to clean up the system and restore power back to the people through wholesome pursuit and promotion of Health, Employment, Learning-Education and Prosperity (HELP) with mutual engagement for security.
He said that the state was in dire need of help which he would address through good governance and advised those on the verge of loosing hope as a result of the prevailing hardship in the state, not to despair, assuring that help was on the way.
“I want you to tell everybody, your children, our fathers and mothers, tell your brothers, tell your sister, tell workers, pensioners, let one tell 10, those who think its about to end, ‘We Are Better Than This, Help Is On The Way”, he said.
Irukera said the choice of leadership should be freely given to the people adding, “The time has come for us in Nigeria to choose our leaders based on character and popularity.
“Let us ask questions, if you are millionaire show me your work and how you made your money, if you are a businessman tell us what line of business, we are not going to entrust our destiny into the hands of those who cannot explain the source of their wealth.
“We must change the narratives if Kogi must grow and develop. I will kneel down if need be, I will prostrate and do all it takes to change the narratives of Kogi to a progressive state.
“What Kogi needs is a team which all Kogites must belong to so as to guarantee security” he said as he also promised to give Agriculture a top priority attention to guarantee food security.
Speaking earlier, immediate past speaker of Kogi House of Assembly, Rt. Hon. Ahmed Imam described Irukera as the best among the APC aspirants jostling for the party’s ticket to the Nov. 16 governorship election.
“We have the same philosophy in politics which is good governance. We are not out to insult anybody. Our politics is clean politics. We are going to start experiencing good leadership and what is good in Kogi State.
Also speaking earlier, the APC State Women Leader, Hajia Fatima Allah-Dey urged women to come out and fight for their freedom and the future of their children saying that they had spent too much time in the dark.

The women leader said women had suffered enough following political leaders who did not know their worth adding, “Come out into the light. We have been gropping in darkness, bulldozing our ways in the wrong direction, tight your belt and fight for your freedom.”
See also  K1 Preaches Peace, Safety as he Marks First Year as 1ST Mayegun of Yorubaland
Related Topics:
Up Next